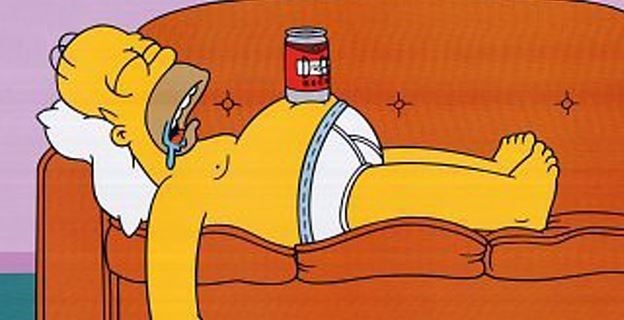 Most people will experience a major home renovation only once in their lives. This is my third one and I think I’ve discovered a thus far unreported affliction which I call Home Stretch Complacency. Let’s give it an acronym so it sounds official: HSC.

HSC doesn’t appear to be a unique defect in my genetic makeup. I know several tyromaniacs like me who have suffered and are suffering from this dibilitating condition. The symptoms of HSC are, after spending years on a difficult and time-consuming renovation project, crashing on the last lap. That final room doesn’t get done, the trim doesn’t go up, the primer doesn’t get painted. You sink into lethargy and just live with it.

Some people crash earlier; some only a few feet away from the finish line. One of the early warning signs of HSC seems to be Normphobia: a sudden avoidance of TV home improvement shows. Perhaps it’s a mutation of the diY-chromosome but we won’t know for certain until more research is done. Maybe we need a telethon.

In my last reno, a large downtown loft, I spent three years building out a former paper bag factory to a residence with a big commercial recording studio. Fifteen years after I took a “break” from the construction the walls still had no baseboards, most were still covered in primer, some didn’t even have that. I’d framed walls, hung 150 sheets of drywall and fifteen doors, sanded and refinished 3000sf of floor, built a kitchen and a raised bathroom, and completely wired and plumbed the space. But I couldn’t muster the energy to even hang the pictures. That’s HSC, my friends.

So here I am once again, facing my final major project in this renovation: the gutting and rehab of the master bedroom and upstairs hall when, out of the blue, HSC strikes. Five years ago I was really looking forward to this particular reno not just because it would be the end of the ordeal but because it was also going to be the piece d’ resistance: lots of woodworking, wainscotting, cabinetry and homebrew stained glass.

I had planned to get started on it last December. Since then, I’ve almost managed to get a materials list together. Almost. It’s not as though I haven’t had the time either. After all, I work from home.

So now I’m thinking of ways to psych myself up. Maybe I need to buy myself a cool new tool that I’ll want to use. Maybe a new bandsaw or a lathe. Yeah… a bandsaw! Then I can resaw my own hardwood.

Or maybe I should just spend less time on this computer.

Next in Category | Time »