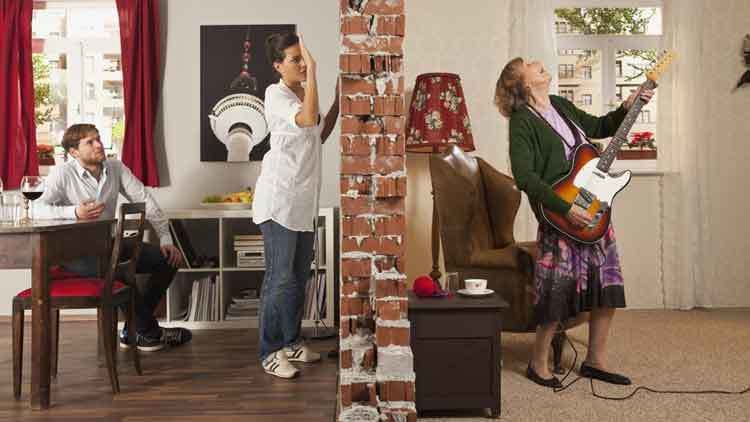 After a long day at the terminal, like today, every so often, like tonight, I get the overwhelming urge to head downstairs to the shop, turn on my noisy dust collector and even noisier bench tools and finish off some project, like the radiator grill for the bedroom reno.

However, this being a row house on a quiet block that pretty much blacks out by 10:30pm, I’d get lynched. I even turn off my motorcycle engine and coast the wrong way down the street to my garage rather than rouse the neighbors, and I have street legal pipes on my bikes.

When I built my downtown Manhattan loft I was in an industrial area called Noho, for NOrth of HOuston Street. With all the 24-hour factories and illegal discos in the neighborhood, I could make all the noise I wanted whenever I wanted. With my musician hours, my renovation day was typically 1pm to 6pm, then it was off to midtown to play my show, then back in the sawdust from 11pm to 4am. Man, I was productive! Okay, I was also 27 years old then too.

In fact, I sanded all 2000 square feet of my living space’s floor in one afternoon, played my show and came home to start laying down the urethane around midnight.

It was a very cold night and my gas space heater/blower in the corner was cranking. Because the main stack for my drain was like 150 feet away, my kitchen was built on an 8″ platform so the drains would work. Actually, there was no kitchen yet, just a sink, a used fridge and a card table.

On that night however it was going to be my bedroom while the urethane dried. Because the rear of my loft was unheated and incredibly funky, my plan was to literally paint myself into the corner. I dragged my mattress to the platform, leashed my German Shepherd, Paco, to a pipe next to my mattress, cranked up the heat and started mopping on oil-based poly.

You’ve probably figured out what an incredibly stupid idea that was. It wasn’t just the smell of five gallons of oil poly drying in an unventilated room that was the problem. It was that there was an open gas flame in that large heater on the other side of the room! Besides the explosion hazard, I was starting to get early symptoms of monoxide poisoning. Even Paco’s nose was running.

But I was trapped on that platform surrounded by a sea of wet polyurethane. Fortunately, I had stashed my tools on the platform too so I did the only thing I could think of. I took the screw gun and removed a panel of wallboard so I could get the hell out of there. I grabbed Paco and ran to the back of the loft and the gas shut-off valve. Then I opened all the windows I could.

The threat of my loft going up in flames was gone but it was 12 degrees outside. With the windows open it was quickly 12 degrees inside too and the building heat wouldn’t be coming on for another four hours.

I spent the night sleeping under a dozen filthy packing quilts with a warm doggy, both of us buried over our heads, dreaming that some day we’d have a real house with real heat and a real kitchen.