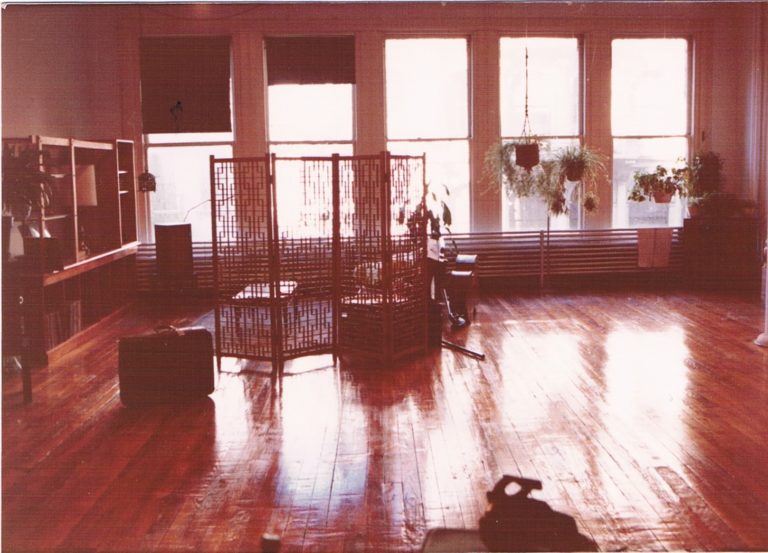 There was a recent forum post on Houseblogs.net asking for DIY disaster stories. I’ve had more than my share of them. But I’m such a long-winded writer that I didn’t think I could reduce any of them to a sound bite paragraph. Here’s one of my more verbose ones: 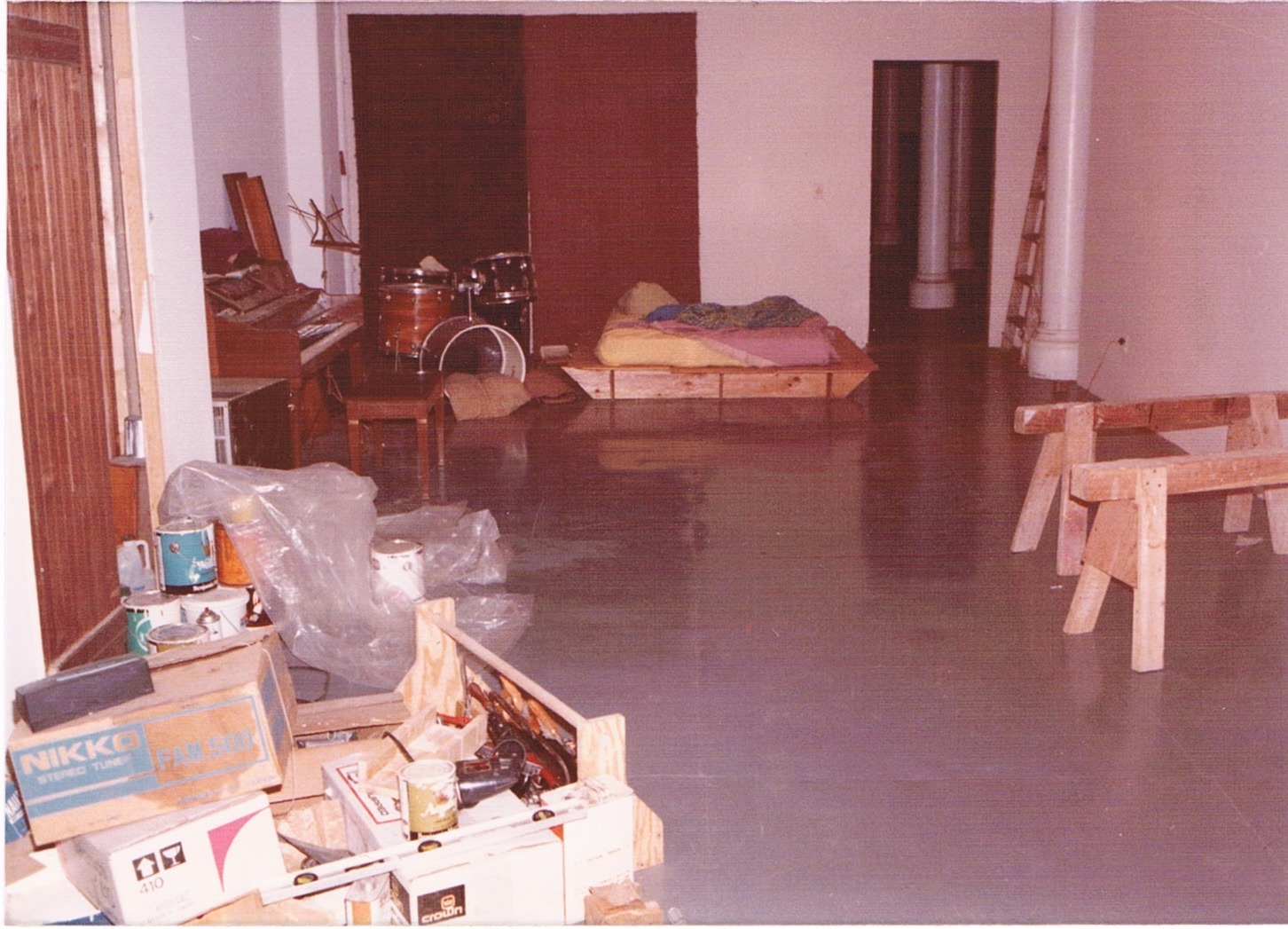 My previous renovation was a downtown Broadway loft in Manhattan, where I converted a 5000sf paper bag factory to a residence and a commercial audio recording studio. This was a very early progress picture.

The place was a mess when I took it. The floor was wired only for DC electricity. The only AC available was on the fire escape light circuit. There was heat only during business hours, no potable water, no hot water at all and no bathroom except for a funky pair of water closets for the factory workers. There were holes in the floor large enough to swallow up a family of four. My first task was going to be getting rid of about 40 tons of old industrial machines.

The landlord didn’t want to invest in the capital improvements needed to make the place rentable so he advertised it as a “fixer upper” residential loft space. I was the sucker who bit, but not without a few working brain cells. I’d been down the primrose path with loftlords twice before: you move in, sink thousands of dollars into improvements, then you get evicted as an illegal residential tenant so the landlord could jack up the rent for the next illegal residential tenant. Repeat as necessary.

So I negotiated an open-ended lease with rent increases capped at federal Cost Of Living along with the landlord’s written admission that he was renting me the space for “residential and customary use”. The initial rent was $500/month.

All went well for years until the landlord died and his grandson inherited the building. After sinking about fifty grand into improving the loft, the grandson decided that it was worth more money and that my lease riders were invalid because he owned the building now. He wanted an 1100% rent increase and repudiation of all the lease riders, including the ownership of my fixtures. For a one year lease.

He tried the “illegal residential tenant” gambit but I had that lease rider proving that he had rented the space for residential use. That meant that he was in violation of the law for not bringing the building up to residential code. He also couldn’t go after me for residing illegally in an M1 (manufacturing) zone because I had artist certification from the Dept of Cultural Affairs. As far as the city was concerned, I was a legal AIR (artist in residence) tenant.

We spent years in landlord/tenant court, one action after another. I had a fantastic attorney. The landlord lost every case. Finally, the NY State legislature passed the Omnibus Loft Bill, I had statutory protection and he gave up trying to get rid of me.

So the landlord went the covert-hostile harassment route instead. He had to be very careful about it though because my lawyer was still on retainer. Basically it amounted to the landlord refusing to do any repairs related to my floor. That really wasn’t a problem because he never had. In his words, “I’ll just pretend that I have a nine story building.” Fine with me.

In 1997 my steam radiator started leaking pretty badly. The radiator was a large snake of 2″ pipes under the Broadway facing windows — probably three hundred feet of pipe overall. True to his word, the landlord ignored my calls to fix it. So I built a trough to catch the leaking water and trickle it down the steam pipe riser to the empty floor below, where I figured the hot water would evaporate from the heat. Problem solved.

Then the landlord rented out the floor below me to a well known, international environmentalist organization. They didn’t care for all the steam that my leak “repair” was generating so the landlord dispatched a pair of functional illiterates to replace my radiator with a pair of relatively tiny free-standing units. When I complained that this wasn’t nearly what was needed to adequately heat the floor, he snorted and told me to call my lawyer. Or he could simply buy me out of my lease.

My once-quiet neighborhood had changed dramatically over the years so I’d already decided to get out of the loft. His offer was tempting and I’d later take him up on it.

But back to the radiator replacement — and here’s where the story actually starts. His plumbers had also removed about four square feet of my floor. They left without repairing it. The landlord, of course, ignored my complaints. My cats were disappearing under the floor for hours at a time to hunt for mice so I temporarily plugged up the gaping hole with garbage bags full of crushed newspaper.

This was obviously going to be a DIY job.

I couldn’t just board over the hole because the idiot plumbers had installed the new steam pipes almost flush with the floor. I mulled this over and decided, what the heck. I was gonna be leaving the place soon so I would do the same hack job that the landlord’s plumbers had done. I would fill the hole with concrete.

I only had one bag of premixed on hand and this job would probably require at least three. I was also concerned about the weight of all that concrete on the ceiling below. I needed a lightweight filler. Then I had a brilliant idea. 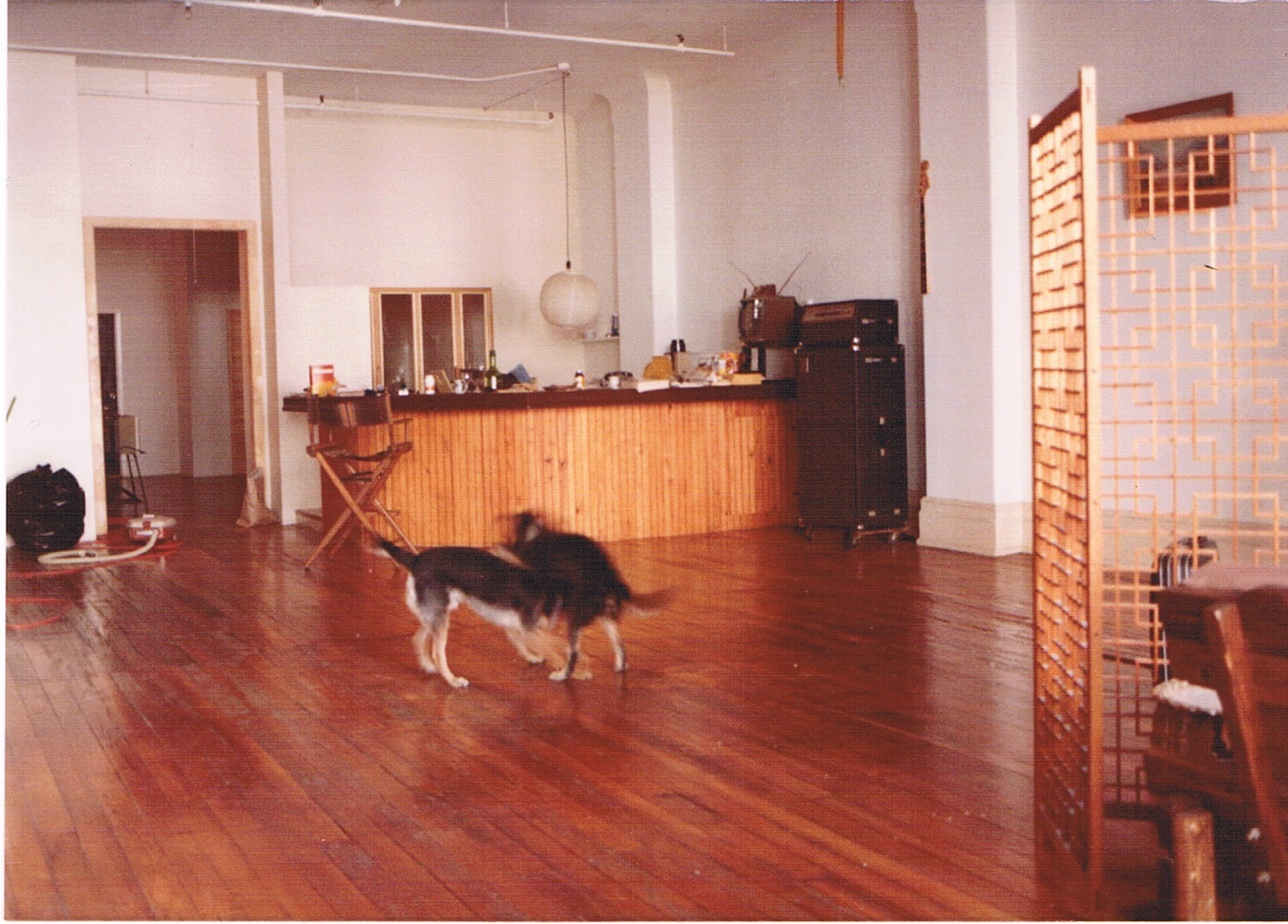 My beloved dog, Paco, had died of old age a few months prior and I still had two sixty pound bags of dry dog food. This would make excellent filler. I poured them in the hole, smiling about how grateful the mice were gonna be not having to deal with my cats and get a free meal in the process. Then I topped it off with concrete. Another problem solved!

That section of floor was also where the litterpan used to be. I moved it but the cats, being creatures of habit, just peed on the concrete, which I tried to clean with bleach. Big mistake. It started dissolving the lime in the concrete.

The following winter, my new radiators started leaking too but (worse) my concrete patch was damp as well, meaning that his crack team of plumbers had screwed up the job. But, as before, the landlord ignored my complaints.

One afternoon I got a knock on my door. It was the landlord, looking very confused. He was covered in brown dirt. Like most tenants in the building, the environmentalists had had enough of him. They were moving. The final straw was their ceiling caving in after a long cold spell, splattering damp, smelly brown spooge over everything. I knew it had to be that radiator leak. The heat had been on non-stop for days.

The landlord wanted to know if I knew anything about a rotten substance that looked and smelled like dog food.

“Hey, it’s your building. Now about your offer…”

PS: I miss my old Ampeg tube SVT in the background. What a great sound and it could take down walls by itself.