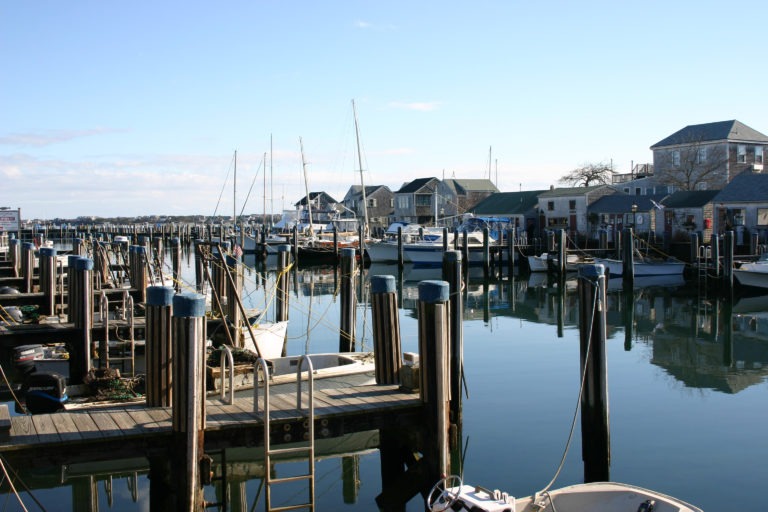 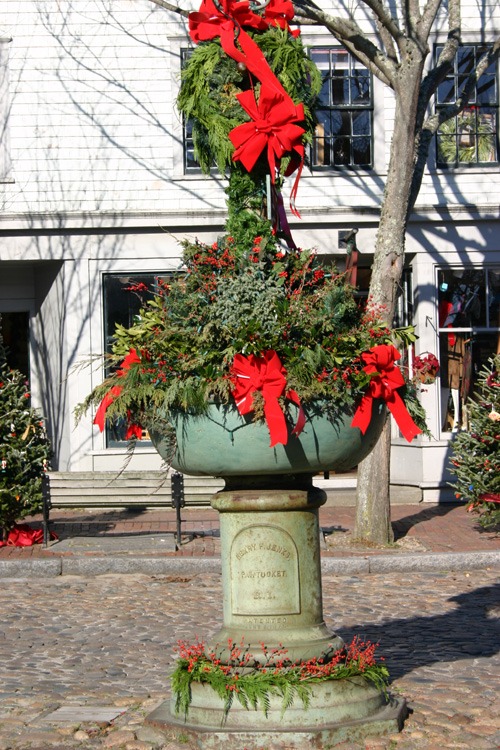 As we do every year, Karen and I packed up the dogs and headed off to Nantucket for Christmas Stroll. It’s a tedious trip involving 6.5 hours of boring driving and 2.5 hours of even more boring sailing. With stops and check-in at the Hyannis Steamship terminal, we generally leave Brooklyn at 8am and arrive at Karen’s house near town in Nantucket around 6pm. Or about the same time it would take to leave NY and check into a hotel in Moscow.

If it wasn’t for this annual break from my work schedule, my Christmas spirit would last as long as the buzz from two Christmas Eve margaritas. But as soon as you step off the dock in Nantucket, the town envelopes you with the sights, sounds and smells of a 19th century Christmas. Which, of course, is what it’s intended to do.

While I always bring my ubiquitous electronic leashes — my cellphone and laptop — I rarely use them. It’s basically five days of rest, relaxation and sore feet from negotiating Nantucket’s slippery cobblestone streets. And unending heartburn from the gallon of quahog chowder, five pounds of prime rib and the hot eggnogs I scarf during the trip with no regard for the consequences.

It also gives me a chance to get away from the often ostentatious and overly precious rehabs and restorations of Brooklyn to study the subtlety of understated Nantucket architecture and to possibly steal a few ideas I can use for myself.

Love it or hate it, Nantucket’s strict architecture codes have resulted in an island where you won’t find five different kinds of siding and three different styles of modern windows on the same house. Nor a beautiful old Victorian obliterated with vinyl siding, a Home Depot metal entry door and a shiny stainless steel fence surrounding a concrete slab where a lawn is supposed to be. Even the island restorations are made to look like they were done twenty years ago.

As a result, you won’t find a single example of “eyesore” on Nantucket. 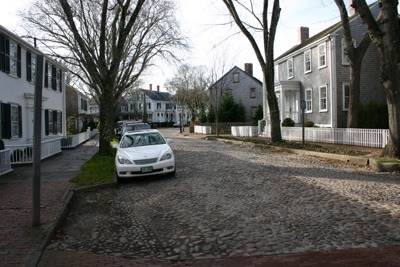 Literally nothing on this street can be touched for under $3 mil, and this isn’t even a prime location. Last Saturday, Karen and I visited an estate auction on Orange Street, which is one of the more sought after streets in town. We were told that the house had been in the same family since 1840 but that the present owner had recently passed away after several years in a nursing home. While the town apparently maintained the outside, the inside looked like an old tenement. Nevertheless, we were told that the house sold at auction for $2 million — a relative bargain by Nantucket standards.

During the last housing crash, Karen and her sister bought a 1970s-era house about a mile from town in what would arguably be a Nantucket working class neighborhood. They paid $300k and rent it out on-season for roughly their annual mortgage payment. We get to use it in the fall and winter, which actually works out well because Nantucket isn’t a place you want to be in the summer. It’s a five-month long traffic jam on those narrow streets and two hour waits for dinner. 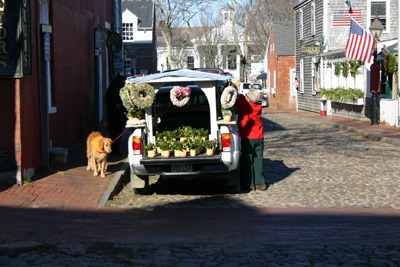 But the current financial crisis is changing Nantucket. Many of the stores and restaurants we patronize are going under, and not just because of the recession but because of greedy landlords continuing to increase rents while retail business has already dropped off by as much as 10%. Or, rather, I should say landlord (singular) because one person owns 45% of Nantucket’s commercial real estate. You would think that someone so invested in the success of the island’s economy would be making concessions to keep these anchor businesses open during rough times.

My suspicion is that he’s trying to leverage the crisis to win zoning concessions from the town, specifically to allow the deeper pockets of chain stores and condo developers to set up shop on Nantucket.

What concerns people is that Nantucket could wind up looking like Hilton Head Island or Vail when the crisis passes: mall stores, timeshares, the works. Basically the Disneyfication of Nantucket.

As one of the storekeepers closing her doors told me, maybe it’s for the best. The island’s economy has been polarized for years between the very wealthy and the remaining working class who mostly inherited their homes and scuffle to pay the taxes. Living costs are so high on the island that many of the businesses have to ferry or fly their help in from the mainland every day. Summer help is brought in from Europe and Russia because there aren’t enough teens and 20-somethings left on island to meet seasonal labor demand. When children get old enough to leave home, they often have to leave Nantucket as well. 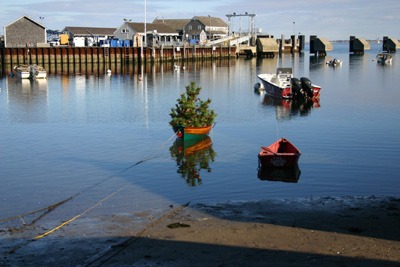 The classic Christmas card shot of Nantucket is an old row boat floating in the harbor with a small Christmas tree. After learning that my favorite pet store on Nantucket was also closing its doors forever, I walked down the wharf and saw the little row boat beached by low tide. It sorta summed up my mood and concern for Nantucket’s uncertain future. 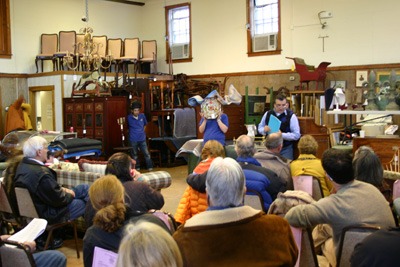 No Christmas Stroll is complete without attending a Rafael Osona auction and this one was no different. Over the past few years I’ve made some incredible buys at Rafael’s final auction of the year. I won a large, framed photograph of the old Nantucket harbor railroad for sixty bucks. It was my only bid of the day because the pickings were pretty slim this year. With so many formerly wealthy Island hedge fund managers now trimming hedges I expected to see a lot more interesting stuff. Nevertheless, it’s always worth attending one of Rafael’s auctions if only for his showmanship.

On a more pleasant note, Karen and I finally found a fenced-in dog run on the island. I’ve always felt bad for the dogs because security fences are pretty rare on the island so they’re always on a leash. A waitress at a diner told us about an old ball field located on the tip of Nantucket in an area called Tom Nevers. Sure enough, it was there and it was perfect — with an ocean view no less. Karen’s two dogs and my two guys ran almost non-stop for thirty minutes. 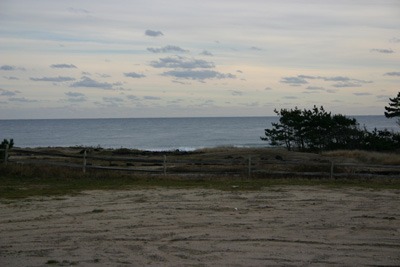 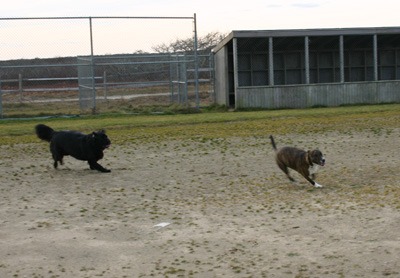 It became our late afternoon routine until the wind chill dipped into minus territory. You’ve never felt cold until you’ve experienced 20 degrees off the Atlantic hitting you in the face at 40mph. More power to the Nantucket fishermen who do it every day.

Some random shots of Nantucket: 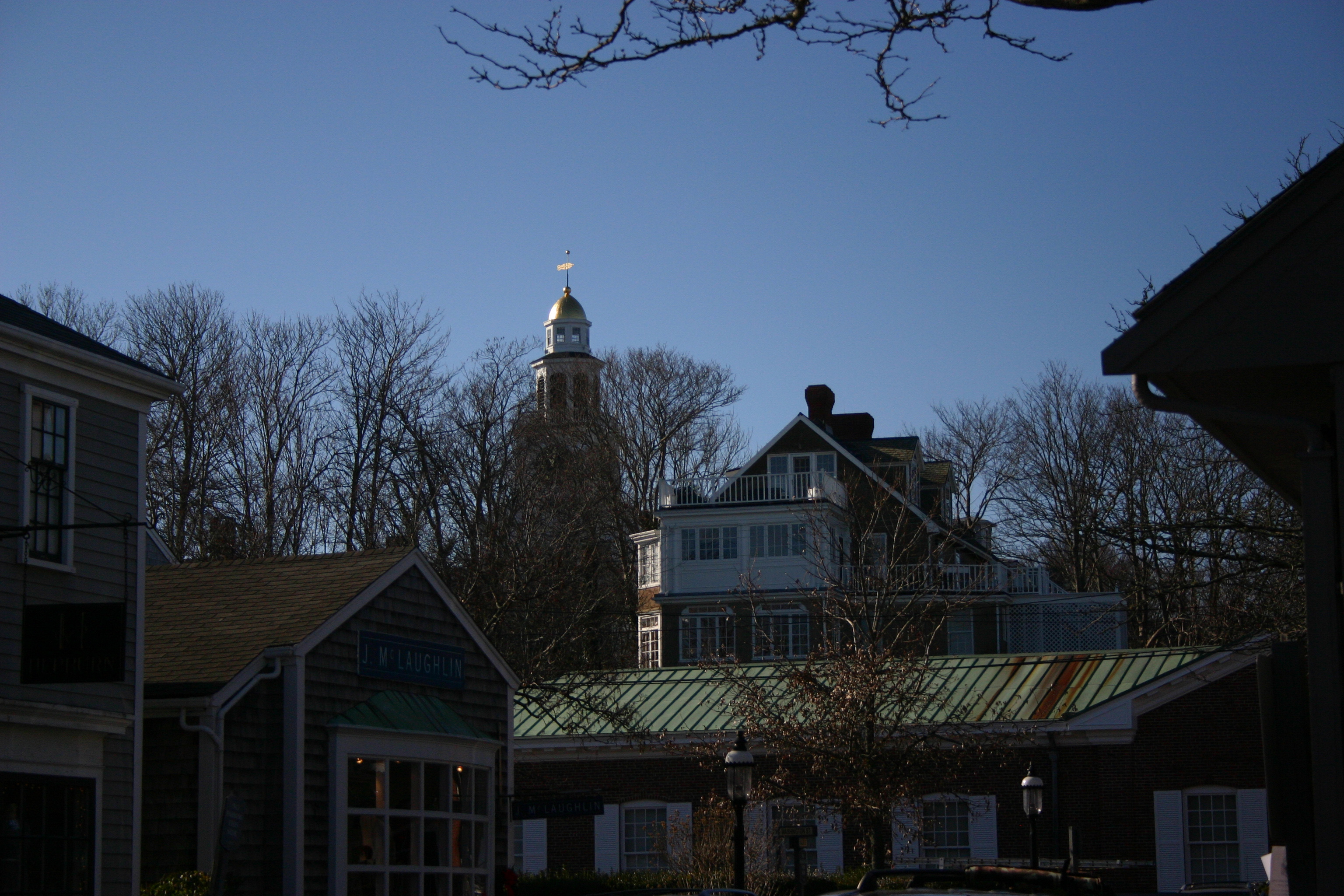 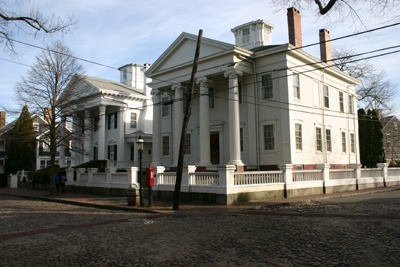 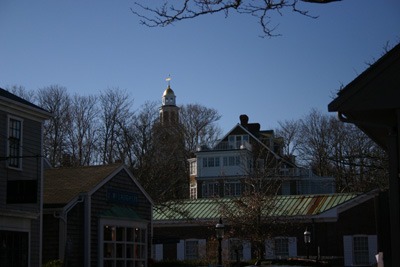 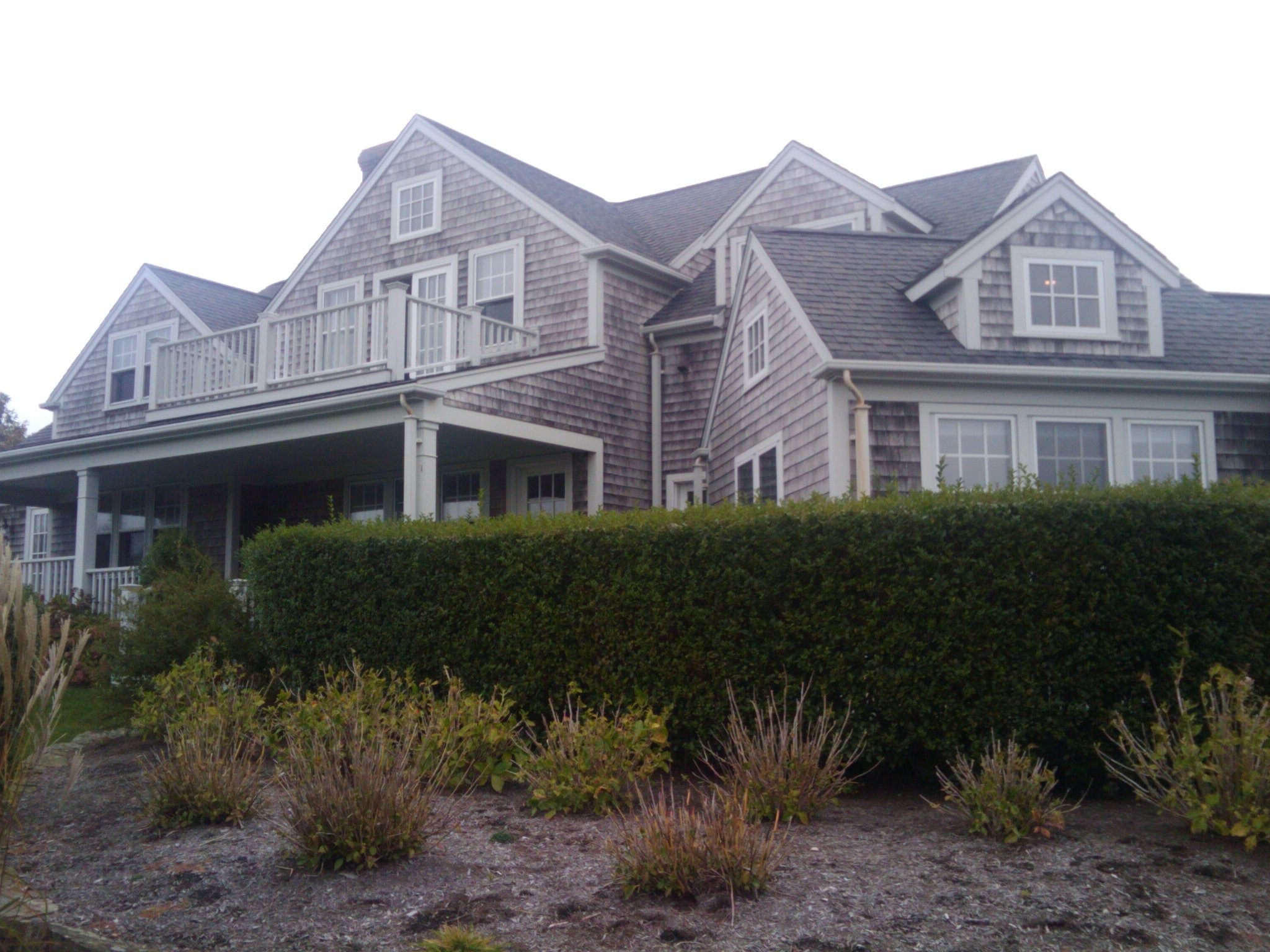 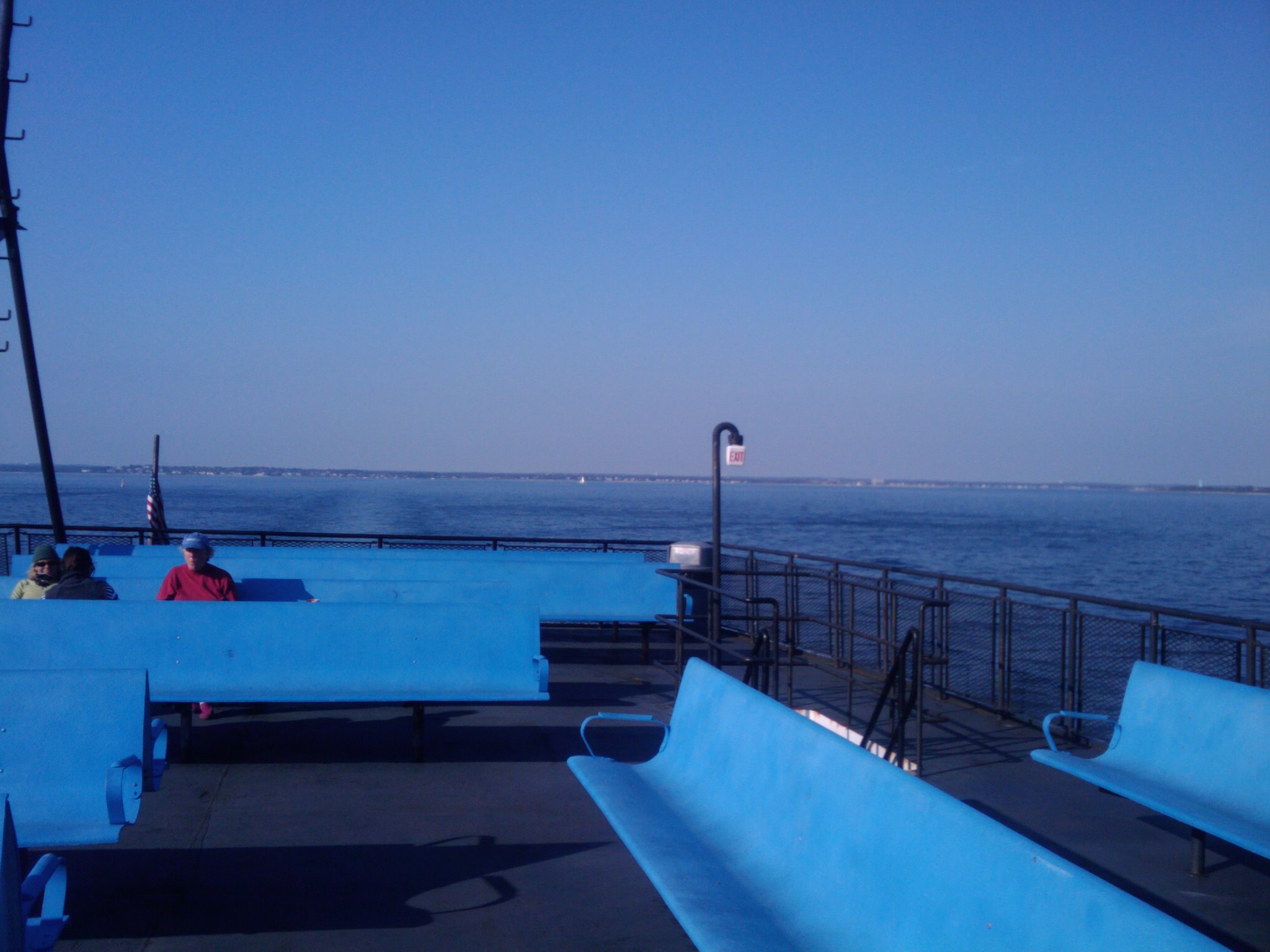 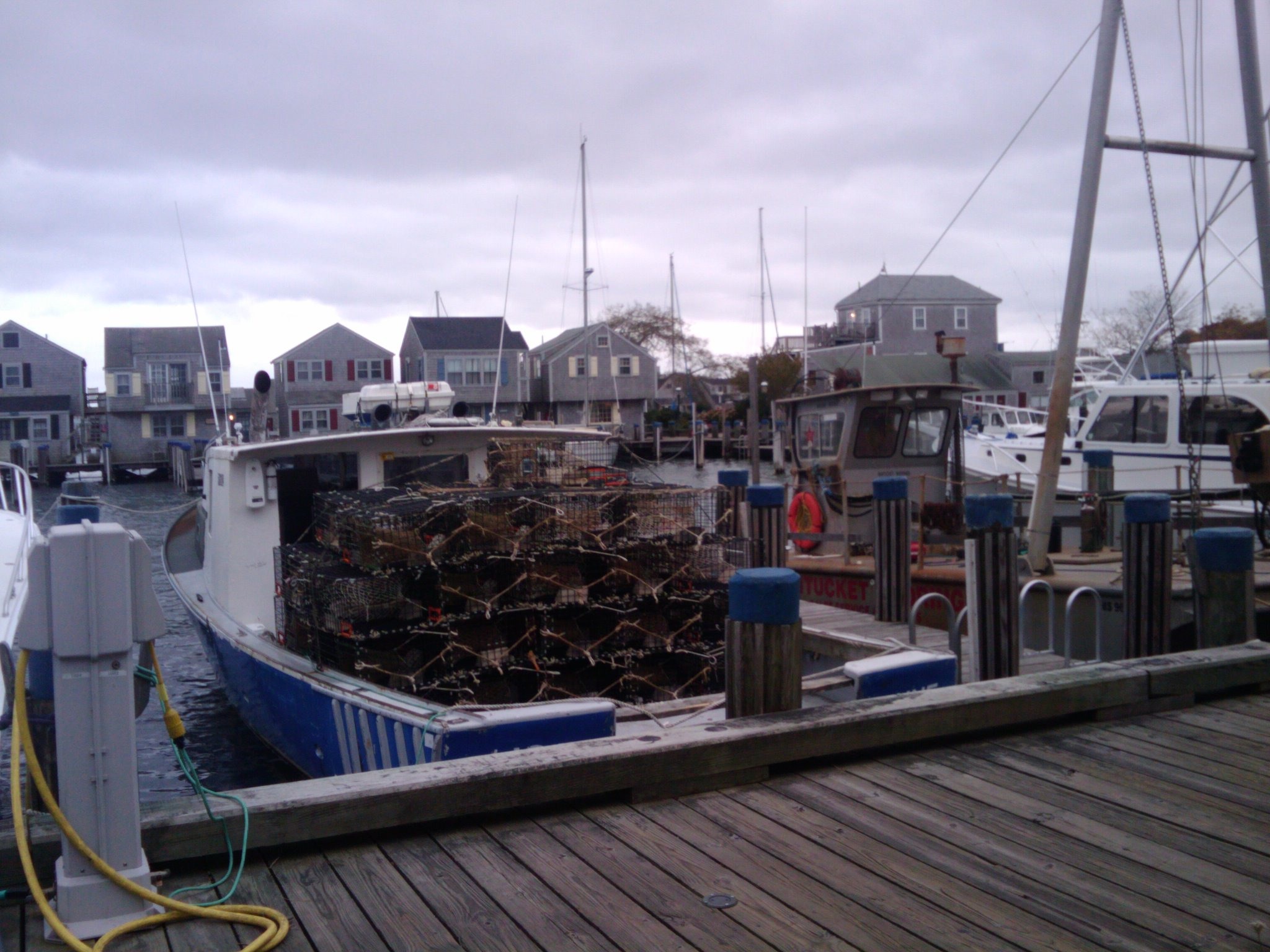