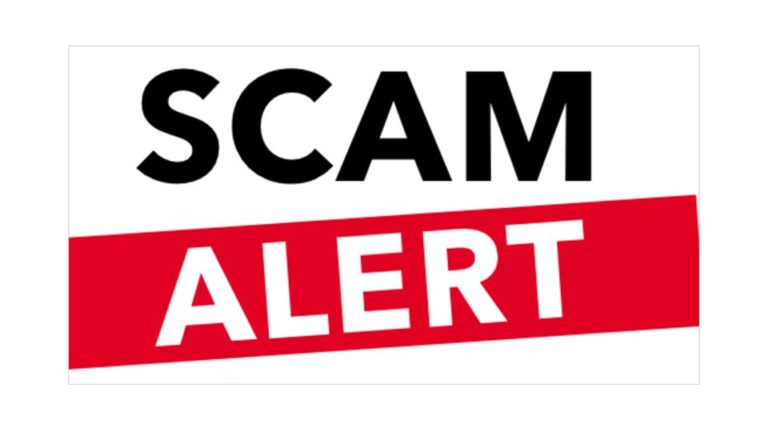 This is a story from 2015 that I posted on another house blog site but neglected to post on my own. Maybe I wanted to keep contentious articles off Brooklyn Row House at the time. Whatever, it involves a large home improvement products company, Andersen. This isn’t a knock on the Andersen product — well, it sort of is — but a complaint about their local franchisee, Renewal by Andersen, a contracting offshoot. This one had a 631 area code (Long Island) but were working south Brooklyn at the time.

Disclaimers up front: the dishonesty I dealt with may be completely unique to this particular franchisee. For all I know Andersen may have kicked these guys to the curb by now, and deservedly so. But Renewal by Andersen is once again ringing doorbells in my Brooklyn neighborhood so beware. I just unloaded on the pushy kid-with-clipboard who after hearing my tale remarked, “But I just do windows, not doors” and then continued to pressure me for a sale.

The lesson for the day is “get multiple quotes“. Don’t succumb to sales pressure to sign a contract until you’ve done your due diligence. You could lose a lot of money. A lot of money. I’ve been a hardcore DIYer for many years so I know the topography. Probably my #1 piece of advice to homeowners is to be careful about doing business with any contractor who rings your doorbell or sticks a business card in your mailbox. Contractors who do quality work are too busy to engage in cold-call marketing campaigns because word of mouth usually gets them their next jobs. Unless of course their word of mouth is all negative. 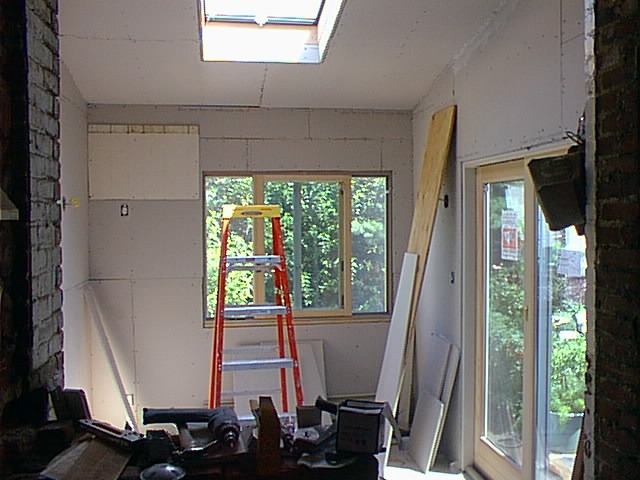 Here’s the story. I had a 14 year old, plain-jane Andersen sliding door a/k/a a slider in my kitchen. The vinyl seals on the outside aluminum rail panels had become brittle and had separated from the door. This allowed moisture to enter, which swelled the wood core of the bottom panel, accelerating the separation. Googling the symptoms, it turned out to be a known problem with Andersen sliders of its model and generation. I bought it at Home Depot in 2002 and paid around $800 for it. I installed it with a builder friend in about two hours.

Various attempts at repairing it failed. The bottom panel was bulging so badly that it was difficult to even open the door.

My first call was to Andersen corporate to ask about their touted 20-year warranty. I was turned down because I was told that the fine print in my warranty says it’s only 10 years on the non-glass parts. However, that didn’t even matter because I didn’t qualify for a warranty repair because my door lacked the “Andersen triangle” etching on the glass.

That exclusion isn’t anywhere in the fine print but the net of it is that Andersen doors sold through Cheapo Depots don’t have that triangle. My guess is that if you buy an Andersen door through one of them your warranty is with the store not with Andersen. That’s why they can undercut local installers. So much for the touted Andersen 20 Year Guarantee. The door was sold with Andersen packaging, there are Andersen medallions on the door and it was even certified as an Andersen later by a sales droid. But unless it has that little triangle, no warranty for you. Strike 1 for Andersen.

This wasn’t the first time I’ve encountered something like this. You can read a similar story about a power tool I bought at the Hamilton Ave Home Depot around the same time as this door.

This is just the preamble. It gets better.

As luck would have it, Renewal by Andersen was canvassing my Brooklyn neighborhood that weekend with free estimates. A presentable young guy in a brightly colored Renewal By Anderson teeshirt and a handful of shiny cards rang my doorbell. I could see another one of them working the other side of the street. I decided to ask the kid to look at my door. I showed him and he said that it looked like a warranty issue to him. If I agreed to have a sales rep pay me a visit he could approve the warranty and then give me a 60-90 minute sales pitch about their wonderful windows. I’m happy with my Champion windows but if I could get a free replacement door out of it, hell, I’ll watch anything they want.

An Andersen sales rep arrived a few days later. After much tut-tutting about my failed Andersen door, he gave me an “Aw, shucks” look and also said that it wasn’t a warranty item. However, he’d make me a great deal on a replacement door. I told him that I’d already gotten one estimate for a top of the line Marvin door for $3100 installed and thought the price was excessive. I got another estimate from another local window company for essentially the same Andersen slider for $2450. I remember his response word for word: “Oh, I think we can do better than that.”

Things were looking up! My hope was to just buy the door from him, do the installation myself and save the GC overhead.

So I sat down to watch his required video presentation about Andersen’s marvelous line of vinyl windows.  Truthfully, I hate vinyl windows. There’s no way I’d install them even if they were free. About fifteen minutes into his presentation, I couldn’t take it anymore. I stopped him and said, “Look, I’ve already got replacement windows. They’re ten years old and they’re fine. I just want to replace that slider is all. That’s the job.“

He said he’d like to inspect my windows and I pushed back. “No. The door is the job. There is no other job here for you.”

Unphased, he spent the next five minutes talking about Andersen’s great financing deals and tried to sign me up for a credit check. I started getting nervous. It sounded suspiciously like the orchestra was tuning up.

And then it was show time.

Because his “great deal”? His “I think we can do better than that” deal? It was $9,095! I kid you not. He dropped that number on me not twenty minutes after I told this jackass the estimates I’d already gotten and rejected, all of which were less than a third his price. One of those quotes was for the the same freakin’ door that the installer was trying to sell me at over 3 times the price I paid for mine: a plain-jane, six foot Andersen. No triple-pane glass, rare earth gases or diamond-encrusted hardware. Was he brain damaged? He presented his quote to me as if he was doing me a favor with discounts and “instant rewards” for a door which he never actually showed me in a catalog but which he had nevertheless arbitrarily given an MSRP of $11,795. The same door I bought for $800 about fifteen years earlier.

There may be multimillion dollar Shore Road mansions with custom sliders with gold plated hardware and acid-etched glass Tuscany landscapes costing that much but I’ve never seen any off-the-rack slider cost even half that.

I was stunned. I stared at his estimate sheet in disbelief and muttered “we’re done“, but he kept pushing.

“But you’re not just buying a door! You’re buying the famous Andersen guarantee!” And, just like that, it was GTFO time for this dipshit. I couldn’t believe he was so clueless as to feed me that line after Andersen had just screwed me with its famous guarantee.

Again, it’s remotely possible that this guy was just scamming as a Renewal by Andersen franchisee. But he came with all the literature, iPad multimedia presentations and Andersen branded catalogs, estimate sheets and appointment reminders of an Andersen rep. His guys were wearing yellow Renewal by Andersen tee-shirts. If he was scamming at Andersen’s expense, he was damned well-equipped.

And contractors wonder why they have a bad name.

As I said, get lots of estimates. Thanks to a DIY father, I’ve been renovating old homes since I was a little kid. I’m a skilled woodworker and cabinetmaker and, more to the point, I’ve been dealing with slimy contractors for years. A couple of hours of market recon can save you tens of thousands of dollars and a lot of buyer’s remorse later.

Epilogue: Bay Ridge Windows did a terrific job installing a new Marvin slider, superior to the Andersen, for $2200. It as still overpriced, but they did a good job of carefully removing and reinstalling the moldings that I custom cut in my shop. And they knocked a hundred bucks off the price because I was an “easy customer”. I would use them again.