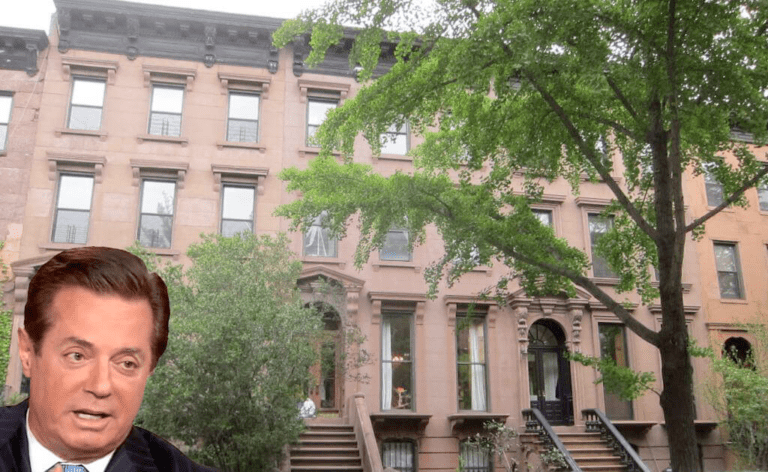 Citizen Journalist of the Year 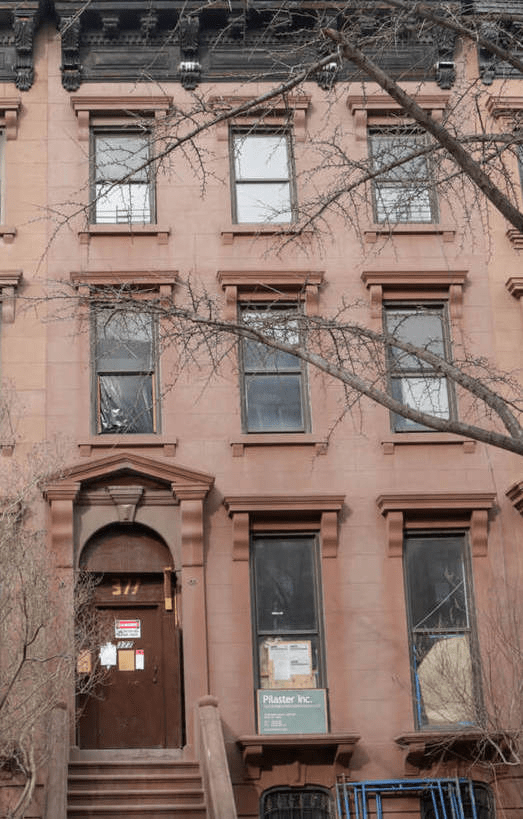 Last February, a friend of mine, former Time/Life war correspondent, Ed Barnes, texted me about a neighborhood blog in Carroll Gardens, Brooklyn, called Pardon Me For Asking, run by a blogger, Katia Kelly. Katia’s blog isn’t much different than mine, with the exception that she updates hers a helluva lot more frequently than I do mine.

For quite some time Ed had been working the international angles on Paul Manafort, Donald Trump’s ex-campaign manager. Ed focused on Manafort’s involvement in the corrupt Ukrainian presidential campaign of big-time embezzler, Viktor Yanukovych, which resulted in corruption and embezzlement charges against Manafort in the Ukraine. I’m Ed’s go-to on tech stuff so he asked me to do some tech research for him, including taking some trips into the Dark Web to retrieve information I definitely didn’t want on my computer any longer than it had to be there.

I remember Ed’s comment when he IM’d me Katia’s blog link, “She got him!”

Katia reported an eyesore property in her neighborhood with a NYC Dept of Buildings Stop Work order on the front door. She did some research and found that it was purchased by Paul Manafort. She dove into public records at the NYC City Register’s Office and learned that it was purchased for $3 million but, curiously, had $12 million in mortgages on it, split between two banks.

There were other suspicious records associated to it too.

Brooklyn Row House is a home renovation blog but it’s also a Brooklyn blog and a blog about homes and this is a story about a Brooklyn home gone way off the rails. This is about as political as I’ll ever get here. But it’s impossible not to gasp at the grifting and crookedness in this story.

Katia’s readers are in the tony Brooklyn neighborhood of Carroll Gardens, which means her readers include lawyers, bankers, judges and even some upper echelon federal law enforcement officials. But this much was obvious even to me: Banks don’t normally write mortgages for 4x the value of a property.  Her blog post attracted the critical attention of a real estate attorney from the neighborhood. He contacted his friend here in Bay Ridge who was also an attorney. Together they created their own blog, 377 Union, (the street address of Manafort’s Brooklyn building) to focus on these curious and potentially illegal transactions as well as some other strange Manafort real estate dealings. It became a trove of government evidence against Manafort and his financial partners.

Nine months later, Paul Manafort and his deputy are facing federal charges adding up to scores of years in prison, millions of dollars in fines and the Trump White House in full damage-control mode.

Coincidentally, Manafort was charged with embezzling $12.7 million from the Ukrainian treasury. Then he gets a suspicious $12 million unsecured mortgage on a property from a tiny Chicago bank owned by a guy who sat on Trump’s Economic Advisory Board, Steve Calk.  The bank’s name?  FSB, the same as that of Russia’s intelligence service. Seriously, you can’t make this stuff up.

Katia is just a Brooklyn woman who normally writes about restaurant openings and other such local happenings in her quiet, gentrified neighborhood. But she was a snowball that started the biggest investigative media avalanche since Watergate, proving the value of an alert citizen with a blog.

It’s nice seeing Katia getting some recognition. The Daily Beast did an article on her and her cyber-partners today. If Pulitzer had a category for Citizen Journalist, Katia would surely win it.

For a little comic relief, an artist friend of mine brilliantly Halloween-pranked Manafort’s house with a phony NYC Landmarks plaque, which got picked up by papers all over the world, as far away as Australia. It seemed like an appropriate #FakeNews piece for this fake administration. 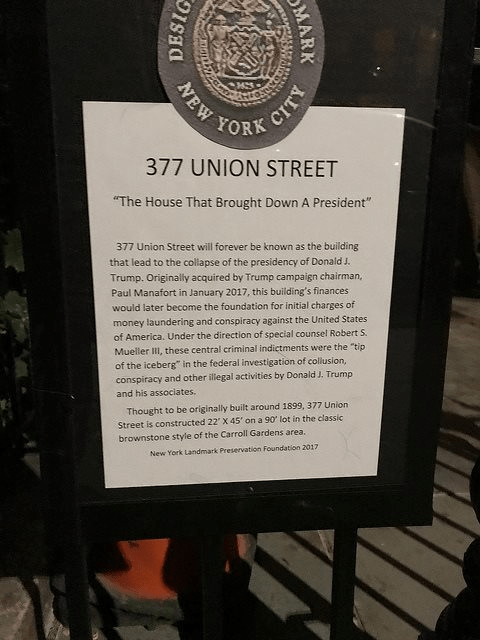 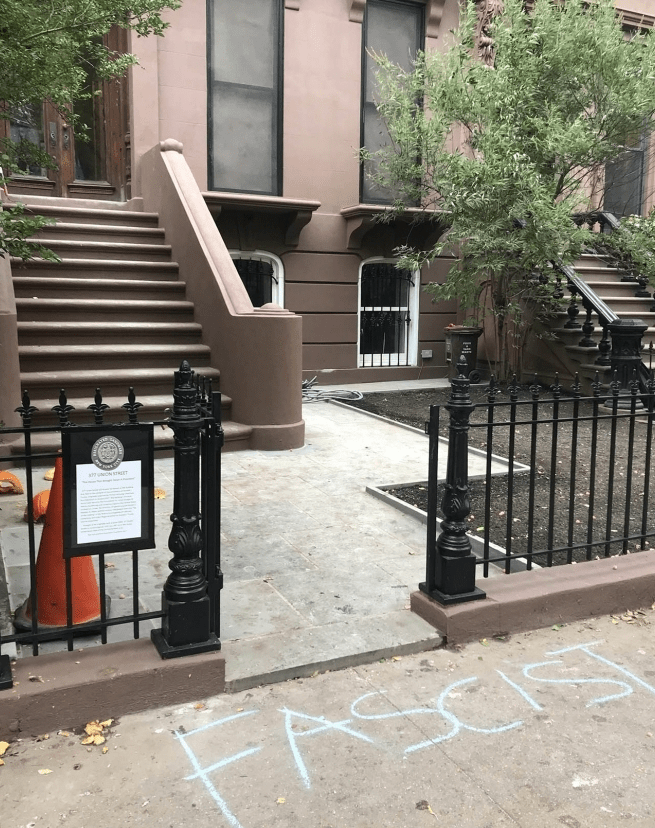 Update #1: Calk has his own barrel of woes to deal with now.
Update #2: And so does Manafort, again.