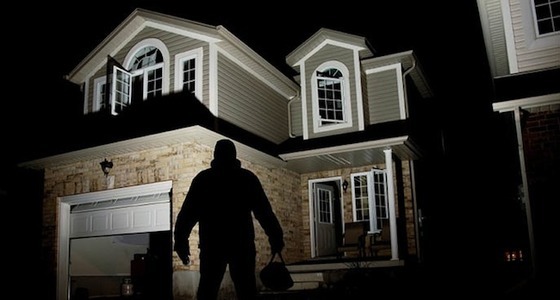 The recent Houseblogs posts on the burglary and the fires made me want to say something about whole-house security systems. BTW, to the Restoration on 7th home owners, maybe check with your local board of estimate and/or buildings department to see if some sleazy entity might be trying to get your neighborhood rezoned. We had a lot of these fires in Back Bay, Boston when I was in college. They traced back to the mob, which was trying to open up the avenue to high rise development. Planning commissions are more friendly to these efforts if there are a lot of burned out eyesores in the neighborhood.

Shortly after I moved into this house, I was burglarized. It was a very suspicious burglary insofar as the thieves only broke into my garage and stole my Harley (which was locked) and left two other, newer bikes, which had keys in their ignitions. They came with the tools they needed to remove the fork lock on this particular model of Harley. There’s a long story here, leading to Albany, the DMV and efforts by our current Brooklyn boro president, Marty Markowitz, to get to the bottom of it. But some other time for that saga.

I freaked out because I was at home and awake when this burglary occurred. Months later, cops told me who they thought was behind it and said it was better that I didn’t encounter them.

The next day I started calling security companies to get estimates, which is when I ran into the biggest thieves in this story. The first salesman to show up painted a frightening picture of what was going on in my supposedly tranquil neighborhood: burglaries, home invasions, junkies prowling the block looking for targets of opportunity. I, of course, was completely ignorant of it all. Next time I could get shot, blah, blah.

Months later I related this salesman’s rap to a local NYPD sergeant who told me that it was the standard scare tactic of this particular security company. The truth was there hadn’t been a burglary in my immediate neighborhood in well over a year.

The following day, when I hadn’t heard from any other security companies, I called these guys back and signed a way-verbose, multi-page boilerplate contract for $2500. This installation would hard wire every potential point of entry to the house with both intrusion and glass breakage sensors, there would be three panels, three sirens and permanently enabled entry chimes on the front door and garage. Included also would be hard wired smoke detectors.

I told the salesman I definitely DID NOT want central station. Central station is practically useless in a city where people are always setting them off inadvertently. Cops regard central station calls with about the same priority they do a cat in a tree. I remember arriving to meet my friend at his rental garage with an intrusion siren screaming because he had forgotten the code. The cops arrived 90 minutes later.

The salesman said I didn’t have to have central station but that the contract gave me one year of central station for free anyway. Afterwards I could decide whether or not I wanted to keep it.

To cut a long story short, buried deep in the legalese on page two of that contract, in one of the unreadable boilerplate paragraphs, was my agreement to five-years of central station. The salesman of course couldn’t remember saying anything of the kind. If I didn’t pay my central station bill they could, and would, seize their equipment.

Let that be a warning: read every inch of the contract. Tell the salesman to leave it with you so you can peruse it without him breathing down your neck.

That said, the system has been comforting to have. It tells me when I’ve accidentally left the garage door open or forgotten to lock the rear slider and it’s gotten me a 15% discount on my homeowner’s insurance. Last week, it saved my extension from getting soaked in Ernesto by reminding me that a window was open.

As far as burglar protection goes, fortunately I haven’t had the chance to have it tested in action. I do know that the alarm has fired by accident a couple of times and the central station company didn’t even call me as they’re supposed to do. It’s no big deal insofar as my neighbors are cops, ATF agents and parole officers. But I’m still paying $20 a month for this useless service and I can’t get out of the contract.

The security company won’t do anything about my complaint unless I pay them a $100 nonrefundable fee to inspect the equipment which I know from my own testing is making the central station call. More likely, they’re charging for central station service they’re not providing.

Did I mention that the contract also holds them harmless in the event the central station company fails to respond to an alarm? As I said, this security company is a worse pack of thieves than the guys who took my Harley. At least my insurance company covered the loss of my bike. 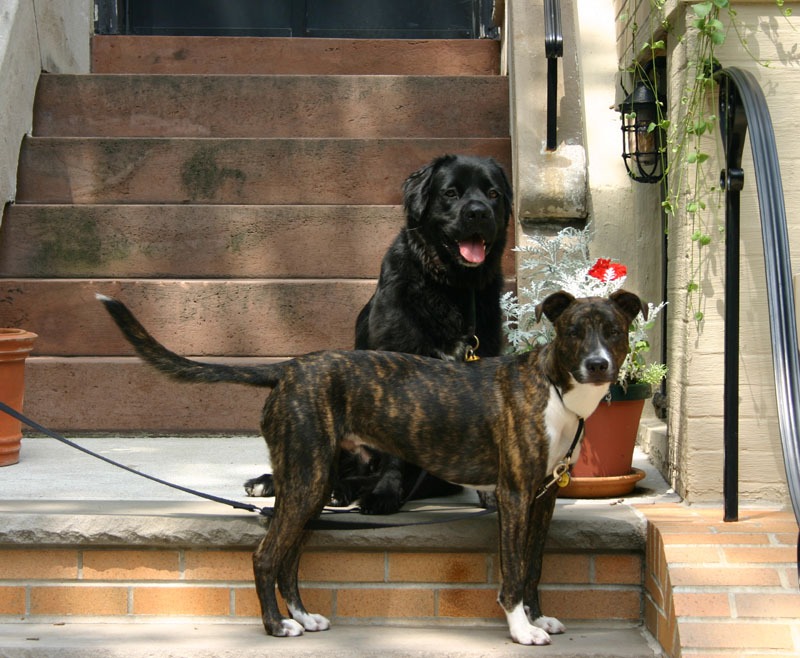 Besides, I have already have the best security system made right here: 160 relentless, assertive pounds of Newfoundland and pit bull mix.