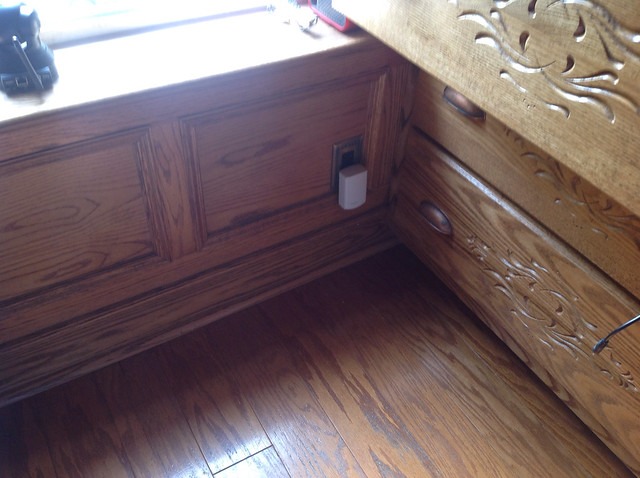 Forward to the Past

My very first DIY project at Brooklyn Row House was wiring the place for CAT5 ethernet. I decided to do this even before I had an inkling of what I intended to do with the place, or even where my office, bedroom and computers would eventually be located. In retrospect, if I’d guessed back then I would have been dead wrong.

Streaming media was still pretty much of a pipe dream in 1999 but I knew it was coming Real Soon and I wanted to be ready for it. I needed a wire soffit between the three floors for cables so I installed fourteen feet of 3″ EMT tubing between the basement ceiling and a second floor closet. Through this I pulled six sixty-foot CAT5 cables, four lengths of four-pair phone wire, a pair of coax cables (my satellite TV at the time required one for each LUN) and a bunch of twisted-pair bell wire for a future wired alarm system. It fit but, suffice to say, I probably should have gone with 4″ EMT.

The coax, phone and alarm wires were eventually enabled but a funny thing happened with the CAT5. I never used it. Their tails remain coiled, labeled and attached to nothing. What happened? Wireless got better. While wifi was definitely slower than wired ethernet, it served my needs so I tacitly abandoned my plans for ethernet ports in every room (along with beer taps and air compressor ports on every floor… seriously, I half considered those as well).

Typically, cameras are wired with BNC coax but having them wired into a gigabit LAN increases their flexibility, especially with regard to the placement of the surveillance controller.

However, there’s a problem. With interior renovation pretty much completed above the basement I can’t pull wires inside the walls anymore. I’ve got detailed woodwork on all those walls now. And to make that job even more impossible I packed insulation in those cavities, even on interior walls. And if there’s a status worse than “impossible”, the second floor soffit is at the worst possible location for my computer room. It would be a fifty foot run through three rooms with hardwood knee walls, window benches, radiator cabinets, cedar paneling.. ugh!

After about a week, a new plan began to take shape. It might be possible to create a new cable run from the second floor bedroom (where the upstairs entertainment center is located and where the camera wiring would enter the house) and the computer room using some clever “I meant to do that” carpentry detail on the wainscot paneling to conceal the cables, pulling it behind the built-in dresser, through the closet to the adjoining closet, then hot-gluing it high across the stairwell to the computer room next to a piece of ornamental plaster banding. For the run from the computer room to the basement, there’s a small existing soffit for the kitchen plumbing vent. There’s some electrical in there now but a fiberglass fish tape should be able to make that pull safely.

I’m thinking I can staple the cable just under that lip six inches above the floor and hide it behind a piece of red oak trim. The cable would go inside/behind the built-in dresser, through the adjoining two closets and emerge in the stairwell just over the band molding. 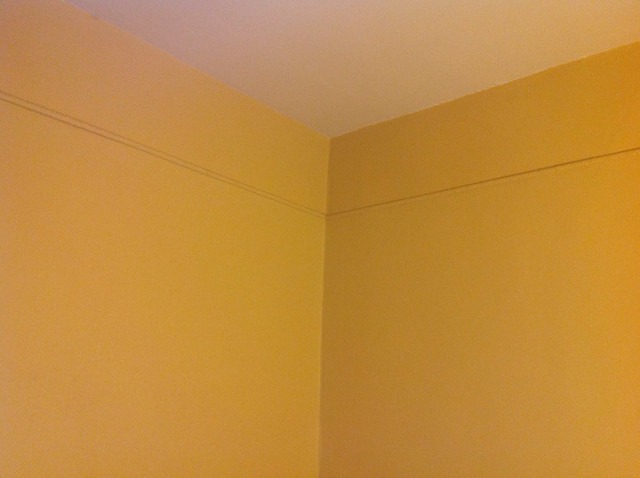 Stairwell with band molding. I think hot glue would work to hold the cable in place so there are no visible fasteners. A fresh coat of paint should obscure it as a plaster detail, maybe. 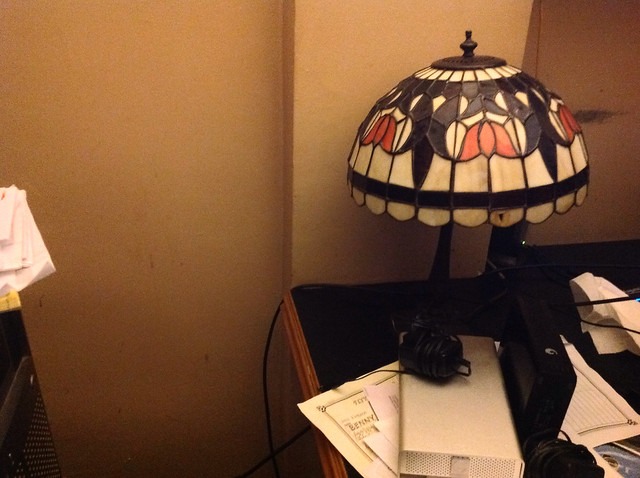 Kitchen vent soffit which will handle a CAT6 cable pull to the basement, then up to the living room entertainment cabinet and an 8 port switch. I’ll probably pull 3 cables here, one for the basement too and a spare. I’ll probably have to open a 4″x4″ hole in the soffit for the fish tape. The computers and router are just to the left in this photo. T