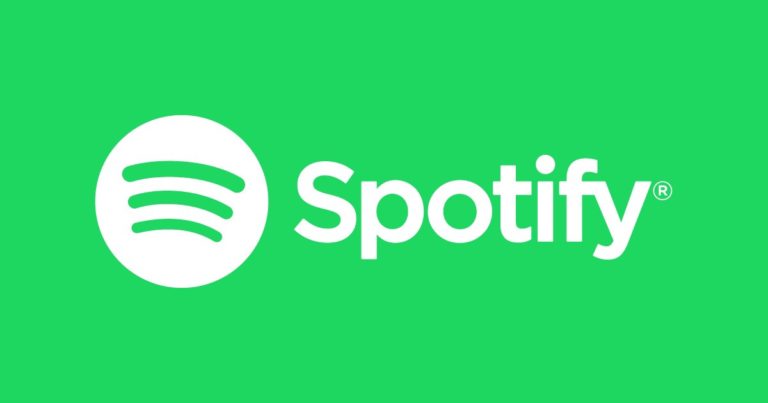 Okay, it’s not really a guide because it’s peculiar to my hardware and I don’t completely comprehend why it’s working and I took a lot of wrong turns to get here. But it works!

Here’s some background: I work from home and I like to have music playing in the background downstairs, not in my office. For some reason, it takes the edge off the cabin fever having music playing in another room rather than blasting in my face. At first I did this by tuning in an FM radio station on my receiver in the living room. Later, I switched to using one of DirecTV’s music channels because they’re commercial-free and genre-focused so I don’t have to listen to a crappy Josh Groban song to hear a nice Derek Trucks Band track.

Last year, I discovered Spotify‘s streaming music service and became a huge fan — so much so that when I was asked to install a music system in a friend’s wine bar in Carroll Gardens, Brooklyn I went with Spotify and a wireless-enabled laptop, which also let me program his music playlists remotely.

What I really wanted however was a way to play Spotify on my great-sounding living room home entertainment center and to be able to control it remotely from my office upstairs. If I could do this then not only could I indulge my fickle musical tastes by choosing what’s being played but I could also mute the background music during business calls (yes, I play it loud). My HE center also plays music in the back yard, so bonus.

But even though I’m a musician, a computer geek and I built my own commercial recording studio back in the analog days, this new-fangled digital stuff eludes me, especially the stew of transmission protocols and middleware tools out there. As I started diving into it it left me with more questions than answers which served mostly to broaden my selection of blind alleys. 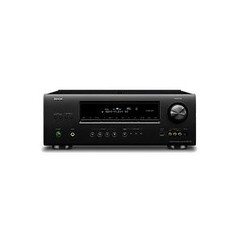 What set me straight was my old Denon receiver suddenly expiring. It was an expensive, state-of-the-art appliance when I bought it in 2002 and I probably could have had it fixed. But the programming and user interface on it was ridiculously byzantine — so confusing that when I dropped the remote on the floor and it killed the speakers in the dining room it took days to program it back. But I like the Denon’s sound so I replaced my dead Denon with another, cheaper one — an AVR-1912, one with positive reviews for its softer learning curve.

After rewiring my multimedia cabinet with HDMI cables (thankfully, at least one thing that got simpler if more expensive), I discovered a new protocol living inside the new receiver: AirPlay. 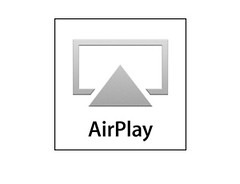 You can read the Wiki article about AirPlay but the short answer is that it’s a proprietary Apple protocol that enables wireless streaming of multimedia between compatible devices over your local area network (LAN). Originally Apple-only and branded as AirTunes, Apple wisely decided to license it to third-party companies like Denon under its current name. My Mac Pro is my main office computer so it looked like I had both ends covered. The issue was that on a stock Mac Airplay is bound to iTunes. To make matters worse, many people run into a variety of technical issues with firewalls, routers and other security barriers to get AirPlay working. It takes a patient and somewhat nerdy person to get it right. I spent an evening cursing at the wall before learning that I had to enable multicast filtering on my Linksys E3000 router, drop a firewall rule and find an elusive and not very intuitive icon on the application (see below) to enable it. Then you have to reboot everything, including iTunes. And ignore about 95% of all the well-intended but completely wrong advice on the web. For instance, someone on Apple’s site said that the secret was not to click the “Done” button on the Home Sharing screen. Isn’t anyone at Apple reading this stuff?

One source of cognitive dissonance is that Apple talks about Home Sharing and Airplay as if they’re two different things. They’re mostly the same. Home Sharing is just what Apple chooses to call its iTunes content sharing over Airplay. In fact, AirPlay can broadcast more than just iTunes over your LAN. And to further muddy the waters, iTunes has a legacy protocol called “Sharing”, which is different from “Home Sharing”, which lets other iTunes instances on your LAN share your music content. AirPlay has nothing to do with iTunes Sharing. If you use AirPlay, turn that off under Preferences -> Sharing.

The problem was that I wanted to Lancast the music in Spotify, not iTunes. The final bridge to realizing my goal was a third-party piece of middleware called AirFoil. It was completely painless to install, worked immediately and it’s cheap: $25. Up popped Spotify, a list of destination Airplay devices and on that was my AVR-1912. I clicked “play” on my Mac’s Spotify and almost blew the dog off the sofa downstairs. The Denon was even smart enough to automatically switch its input to AirPlay when it picked up the wireless feed.

But that’s not the end of the magic. There’s an Android phone app for the Denon called AVR-Remote which automatically recognizes AirPlay and lets you control not only the amp but the AirPlay server as well.

The next mission is to get Spotify broadcasting AirPlay from my iPad rather than the Mac Pro.

Just be aware that you don’t need AppleTV or an Apple Airport for AirPlay to work if you have an AirPlay compatible device like the AVR-1912. The various how-tos I read on the net imply that you do.