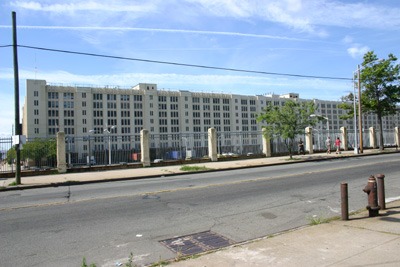 She Talked. This Happened.

Next up in my “Meet The Neighbors” series is one of the largest buildings in NYC, the Brooklyn Army Terminal. It’s not large in vertical terms but as far as the footprint goes, there are few NYC buildings to match it.

BAT is located four blocks north of me. Surprisingly, for a complex of its imposing size few people around here know much about it. About the only information I could glean from the locals was, “The Army used to own it. It’s something else now.”

With its Pentagon-like utilitarian bulk, the closed-to-the-public perimeter security, the NYPD K-9 facility on premises and its roof cluttered with high-tech satellite dishes, the rumor was that it contained some super-secret CIA/NSA/Men In Black facility. I thought there might be something to that.

On 9/11, barely 90 minutes after the towers were hit, Doc Karen was summoned to work triage at Lutheran Hospital just down the street. As I drove her past BAT I was amazed to see that the entrances to the complex had been blocked by sand-filled DOT dump trucks. Wow, that was quick. What were they protecting? Not satisfied with these impressions though, I did some research. 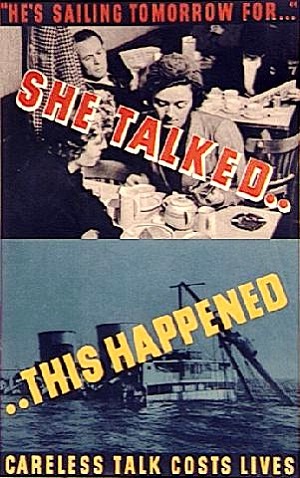 The US Army did indeed own it. The name sorta gives that away. In fact, it built BAT just after WW1 as a supply and staging base. Apparently, the US Army wasn’t buying the “War to End All Wars” buzzphrase and hustled to complete the building in 1919. From excavation to completion it took just 17 months to construct this 5 million square foot facility, and that included building piers and running a heavy rail line. That’s impressive even by modern standards, maybe especially by modern standards. A block away, the city has been repairing the Gowanus elevated highway since I moved here nine years ago.

The original name for the complex was the U.S. Army Military Ocean Terminal. The complex sits on NY Harbor so it has open access to the sea which made it perfect as a staging base for overseas military expeditions. In fact, 85% of all personnel and military equipment bound for the European theater during WW2 came through this building. Maybe your father or grandfather did too. Elvis did. Elvis Left The Building in 1958 en route to his assignment in Germany.

The efficiency of the complex is pretty impressive. It has its own rail yard so soldiers, tanks and other resources were brought directly to BAT, processed by one of the 56,000 military and civilian personnel who used to work here, then loaded on to ships bound for war. Over three million troops and 37 million tons of military supplies passed through this facility.

Contary to local legend, BAT wasn’t designed by George Bergstrom, the architect for the Pentagon in Arlington, VA. It was done by Cass Gilbert, the architect who also built the ground-breaking Woolworth Building in downtown Manhattan, which was the tallest building in the world until around 1930 and featured the first automatic safety elevator. BAT was built with 96 of them.

What you can’t see in the picture above is that BAT is actually two buildings. There’s a twin directly behind it in that photo. In the middle of the main building is a large atrium and a huge skylight. The two buildings are connected by wide causeways. There’s no steel frame in this building. It’s all steel reinforced concrete slabs.

During WW2, I’m told that FBI security around BAT was vicious and uncompromising. Anyone even remotely suspicious was hauled away by the trenchcoats for questioning. An elderly German lady used to live across the street from me and told me she wouldn’t walk north on Ridge Blvd years after the war was over.

In the early 1980s, the Defense Department had no need for BAT any longer and sold it to NYC. In 1984, NYC’s Economic Development Corporation took it over for light manufacturing use. The complete renovation took almost 16 years (remember how long it took to build it?) I’m told that BAT is fully leased today with a tenant waiting list.

There’s lots more interesting stuff about the BAT complex which I’ll get into in a later article: the railroad yard, its large and recently renovated public pier, NYPD’s heliport and Harbor Unit and the NYPD K-9 training school.

The Brooklyn Army Terminal in yesteryear.