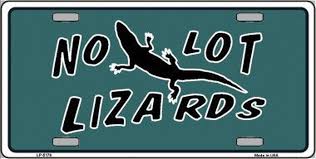 Shortly after I moved to Brooklyn, one of the largest local independent home improvement centers closed, Mars Lumber. It’s now an Outback Steak House. The attitude at Mars was gruff and impatient but there were always professional trades people hanging around to give good advice. Mars fell victim to NYC’s first Home Depot store on Hamilton Avenue. Home Depot was bright, clean, well stocked and the people were friendly. Good riddance to Mars.

But then a funny thing happened. The Hamilton Avenue Home Depot took an abrupt nose dive. The quality of the help was the first casualty. The bright, smiling Home Depot associates suddenly disappeared and were replaced by surly illiterates who looked and behaved more like they were doing community service. The aisles and the parking lot were filthy. The shelves looked like a pre-glastnost Soviet supermarket. The lines at the registers were typically fifteen minutes long.

One Friday night, a friend and I went to Hamilton Ave to pick up some copper pipe when a pair of skanky women slithered up and asked, “Want a date?” 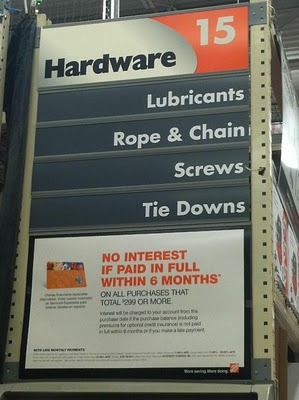 Hookers?! In Home Depot? Well, at least they were working the plumbing department. We left, vowing never to return to this Home Depot again. We started using the New Jersey HDs instead.

Then Home Depot opened another, larger store in Coney Island. While it hasn’t sunk to the depths of the Hamilton Ave store, it too went through its honeymoon period of wonderfulness before settling into mediocrity.

My real world job at the time was managing developer for a diversity internet jobs site and Home Depot was interested in using us to put their hiring process online. Our general manager dispatched me to audit Home Depot’s screening process at the Coney Island store.

I spent the morning watching applicants answer questions at a kiosk terminal and interviewing store employees who were convinced that I was a mole dispatched from Atlanta headquarters. Afterwards, I purchased a few items for myself. Talk about service! The store’s assistant manager personally escorted me through the aisles, unbelieving of my disclaimer that I wasn’t a terminator from Corporate.

I didn’t learn anything about HD’s employment processes that I didn’t already suspect from having been its customer. The kiosk screening process was a joke. I watched a Russian guy who didn’t speak English sit there with his American wife beside him reading the screens to him, even answering the questions. Nobody monitored them. I asked a manager about this because it had relevance to our jobs contract with Home Depot. He said that HD employees weren’t allowed to interfere in the test because it could potentially be viewed as discriminatory.

I did learn something from one of the associates that confirmed an observation I’d made based on the Hamilton Ave and Coney Island stores. When Home Depot opens a new store it packs the staff with ringers: star performers from other stores. After a couple of months, they move on to another store opening after training the permanent crew. It’s a valid corporate training process but it also leads to false expectations from customers expecting to get the same quality advice they got the last trip.

I snooped on a few customer interactions too. My favorite was the associate in the electrical department who told a customer that he could install any size breaker in his panel. The numbers only meant that 30 was for a stove and 15 was too small to run a window air conditioner. That was such dangerous advice that I took the shopper aside to correct it.

Anyway, Lowes finally opened a store here and while it also slacked off after the grand opening it’s still several notches above the local Home Depots. So that’s where I go.

But my first stop is always the local independents like Kamco, Dykes, Rosenzwieg, and AW Meyer, where I get that old, dismissive Mars attitude but I also know that I’m speaking with someone who knows what he’s talking about.