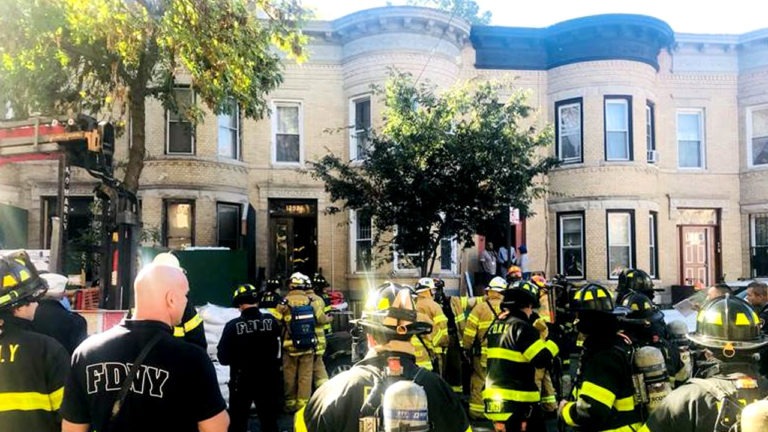 The Most Painful Free Drywall In the World

Yesterday, I got the framing completed in the new closet so it was time to fetch the free drywall my friend, John, around the corner had offered to me.

John is another home renovation tyromaniac. In fact, I wouldn’t have found this place if not for him. He was the former NYC City Register so I had a complete history on this place a few hours after its former owner had mentioned to John that he was thinking of selling.

John knew I was looking for a cheap fixer-upper with a garage for my bikes. He called me, I rushed down here from Manhattan on my Triumph, did a quick inspection, negotiated a selling price and snagged a commitment from the owner before he had a chance to contact a real estate agent. Then I waited nine months to close, but that’s another story.

John and Joyce did a fantastic renovation job on their old house. He’s a woodworker from way back and, like me, he opted for restoration rather than rehab. Joyce has an artistic decorating eye that I lack. Their house always feels like, I dunno… Christmas.

Anyway, John and Joyce are a rare breed: home owners who actually completed their renovation. Just last year, in fact. Then they experienced a homeowner’s worst nightmare: FIRE!

This past February, John couldn’t sleep and went downstairs around 3am for a glass of milk when he saw smoke. The power went out a few seconds later. He woke his wife, called 911 and they exited the house into the sub-freezing night.

The firehouse is only a block away so FDNY appeared in a couple of minutes. They quickly extinguished the basement blaze, then ripped down Joyce’s tastefully sponge-painted walls and John’s wild cherry woodworking on the first and second floors to make sure the fire hadn’t chimneyed in the uninsulated interior walls. Even though they regretted the loss of their years of hard work, they felt very lucky. The fire had moved incredibly quickly. FDNY’s inspector said that if the truck had been a minute or two later the house would have been a total loss.

Nevertheless, the basement, including his shop, was completely destroyed along with all his tools. Almost nothing survived the fire, heat, smoke and water. The culprit was an old Con Ed feeder line which had inexplicably shorted out. It’s one of the few things he hadn’t replaced.

They had to move out of the house for the next five months, mostly to repair smoke damage. Their insurance company, USAA, really came through for them. They had a general contractor in the house within two weeks. Literally everything that wasn’t nailed down… and even some stuff that was… was removed and shipped out to be professionally cleaned. Walls were torn down, the brick scrubbed clean and sealed and new walls rebuilt. New hot water heating was installed. New electrical too. And of course a new basement.

It gave me a newfound respect for fire, especially the damage of radiant heat. PVC pipes were literally sagging like wet spaghetti from the ceiling forty feet away from the source of the fire. But the crayons on his Jet table saw only five feet away from the arcing electrical short were pristine. They were shielded from the radiant heat by the saw’s blackened fence.

I spent a week reorganizing my shop to get everything remotely flammable away from the Con Ed service entrance. I also installed two smoke detectors and two portable extinguishers on each floor.

But this is a digression from the story. The point is, John has left over building materials from the rebuild so he’s giving them to me, including the five sheets of drywall I need for the master bedroom renovation. Last night I dropped by to pick them up. John’s hip isn’t in the best of shape so I offered to bring another neighbor to help me. John wouldn’t hear of it.

Weaseling that drywall out of his tight, twisty basement entrance was like trying to thread a needle with welder’s gloves. I managed to re-injure my right elbow in the process. Then rather than walk the drywall around the corner to my house sheet by sheet John suggested that we use his hand truck instead. I knew that was a bad idea but I also saw that his hip was hurting him. So we loaded the five sheets of drywall on the hand truck vertically. We didn’t get a foot before I knew this was an even worse idea than I had anticipated.

The leverage of those vertical 4x8s meant that I had what felt like 250 pounds sitting on top of my head while simulaneously trying to keep the hand truck from zooming away from me. I say “I” because, while John tried to help, I’m about six inches taller than he is so the rock was resting on my head. Trying to muscle the handtruck to keep it vertical while still moving forward was a bitch. I knew I was gonna pay for it this morning.

We also couldn’t see where we were going. We hit a low tree branch and had to back up the sidewalk, and I mean “up” because I live on a hill street. We moved into the road against oncoming traffic we couldn’t see. I was waiting to get centerpunched by some cellphone-yakking SUVer any second.

We succeeded but today I’ve got aches in places I didn’t even know I had. On a more positive note, my throbbing elbow doesn’t hurt as much because my neck and shoulders feel like a tree fell on them.

Tonight, I go back for the plywood. Sigh.