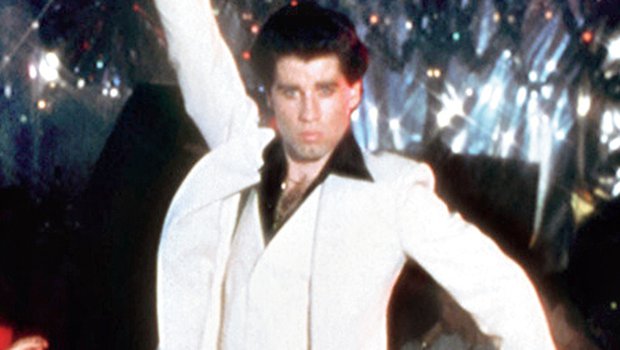 The Return of Tony Manero

You forty and fifty-somethings will undoubtedly remember the 1977 anthemic film about the disco era, Saturday Night Fever. What you may not know is that it put my neighborhood on the map. “Fever” was about the disco days and the lives of several blue collar kids in Bay Ridge, Brooklyn.

I love talking with my neighbors about those days. They say the movie was an accurate depiction of what life was like here, at least for the disco heads. In 1977, I was a hardcore jazz poser at Berklee College of Music in Boston so I missed it all, geographically, musically and socially.

The disco portrayed in the movie, 2001 Odyssey, really existed and was only a few blocks from here. In fact, it didn’t shut down until 2005, although by then it had become a seedy gay bar. But it still had that famous lighted dance floor.

After “Fever”, Bay Ridge’s glory as a nightlife destination gradually disappeared. Brooklyners began migrating to trendy gentrifying Manhattan neighborhoods for their late night fun at clubs like The World, Infinity, Kamikaze, Tunnel, Limelight, Danceteria and music venues like CBGBs, Mudd Club and The Ritz. I lived in the center of that though. We referred to those people (now, people like me) as “the bridge and tunnel crowd”.

But about two years ago, things began to wake up along the Third Ave strip. Nobody’s sure why but more bars started opening — trendy, Manhattan-looking places with names like Blue Zoo and Cafe Remy. Now the street’s jumping again with 21st century, manscaped Tony Maneros and their tweezed eyebrows and coiffed razor cuts. And, unfortunately, with them has also come that old Saturday Night Fever idiocy: drunk kids, street fights, DUI, pointless vandalism and even more pointless violence.

A few weeks ago, a drunk kid who was about a foot shorter and eighty pounds lighter than me stumbled up and slurred, “You think your fuckin dogs gonna save you, sucker?” I looked at him for a few seconds and said something like, “Are you stupid, crazy or on drugs, buddy? I don’t think this night will end well for you.” Auggie, who also saw no credible threat from this skel but who hates rowdy people, gave him a low growl and a show of teeth. A dim glow of recognition of the predicament he’d put himself into suddenly registered on his flushed face. He turned, tripped and nearly impaled himself on a wrought-iron garden fence. His buddy ran across the street to hustle him away.

I should have given him directions to the Verrazano Bridge, where he could test his testosterone the “Fever” way.

As one of my favorite neighborhood bloggers, Bay Ridge Rover, recently wrote:

Let’s face it, at least over the summer, Bay Ridge has ostensibly become the poor-man’s Belmar – predominantly attracting steroid infused Dyker Heights/Bensonhurst wanna-be meatheads, who’s greatest single achievement was selling grandma’s house on 16th avenue to finance a Maserati, so they can showboat in front of a crap corner bar.

There’s a video blogger in Bay Ridge, “Bay Rizz, the mayor of Bay Ridge”, who shot a piece on the new Third Avenue bar scene.

Yep, that’s where I live, folks.