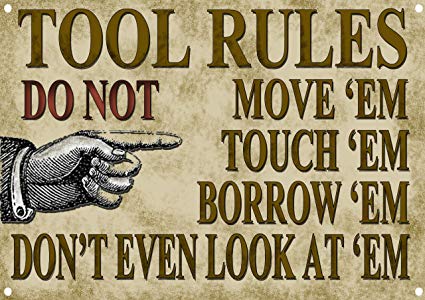 If you tackle a house renovation you’re going to acquire tools.  Lots and lots of tools. Some of them will get worked to death and replaced.  Others might only be used for one project then put away never to be touched again, such as was the case with the Makita framing nailer I bought on eBay to build my fences.

In the former category is my table saw.  I dispatched my original Ryobi contractor saw to an early grave. I burned out the motor while slicing up some pressure-treated 4x4s barely two years after I got it. I had it fixed under warranty, then delivered to its new owner. I wanted something more powerful and much heavier — something that wouldn’t have a tendency to tip over as I muscled a heavy sheet of 4x8x3/4 plywood through the saw. 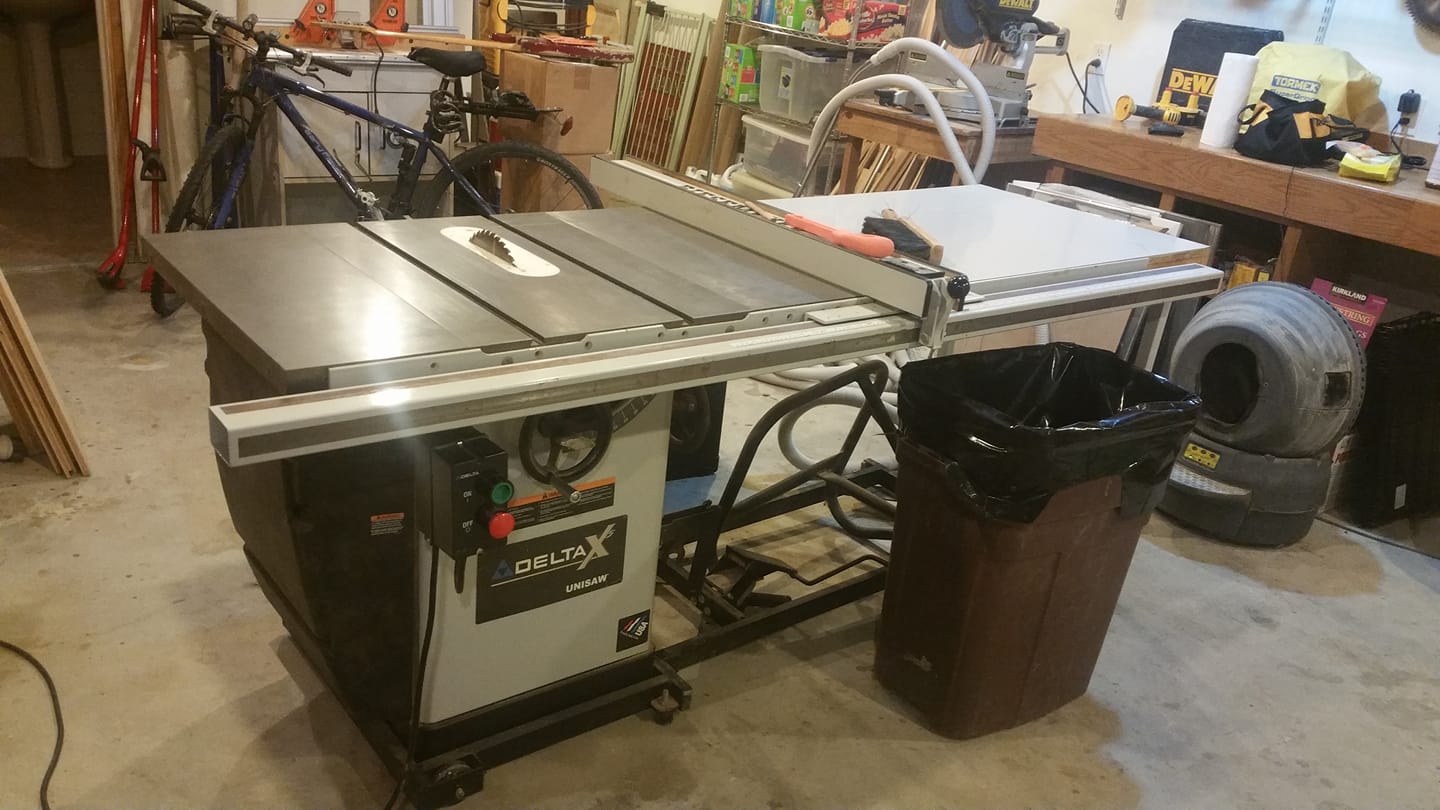 So I bought this 5hp, 220v, 600 pound Delta X beast from AW Meyer at the NJ Tool Show. It was everything I wanted in a saw and did everything I needed it to do.  With a Forrest 40 tooth combo blade even hardwood cut like warm butter. But I’m digressing a little.

Ever since I started acquiring tools I found them walking off. It’s totally my fault. I’ve always been generous about lending out my tools and either not getting them back or having them returned damaged.

Tool Law #1: Nobody will respect your tools as much as you do.

I don’t know why that has to be true but sadly it is. I’ve borrowed tools and always returned them in at least as good a condition as I borrowed them. But my scary sharp chisels came back dull and with dings, as if they were used in an armored car heist. My plastering blades came back coated in complimentary dried plaster. Forget paint brushes. You might as well give them away. That’s if you get them back at all.

I lost my very first circular saw to a trust funder working on a $2 millionTribeca building that his real estate developer daddy bought him. Since then I’ve lost everything from tape measures to jig saws, mostly due to my faulty memory about who I lent them to. I started keeping a log of who borrowed which tool on what date. I thought that would fix it. It mostly didn’t because part of disrespecting borrowed tools is the lendee either losing them or lending them out to someone else, like my Magic Trowel (see the last paragraph on that page). It also doesn’t make those wayward tools reappear in your shop when you suddenly need them on a Saturday afternoon to fix a leaking sink.

So I stopped lending out my tools. I’d make excuses at first like, “I don’t have one” or “It’s busted” or “Somebody borrowed it”. But now I’m making it official policy: “I don’t lend tools!” What was the final straw that led to this?

Two years ago a bartender at my friend’s pub said he wanted to build a large wine rack for the bar. He wanted to do this from some hundred year old, salvaged yellow pine beams he had acquired. He wanted to use my table saw to rip them to size, assuring me that he was an experienced carpenter. Since my Delta isn’t portable he would have to use it in my shop, which added an insurance liability concern.  I had three conditions:

I checked him out on #1. He seemed to know what he was doing so I left him to work on his project.  When I returned an hour or so later he said that the saw stopped working. Sure enough, the big green button was dead. I checked the power source and it was good. He left with his lumber (and the shop covered in dust) and I started inspecting the saw. The first thing I noticed were chipped teeth on the carbide tipped blade. That meant he had hit nails, and probably big, ugly iron flooring nails. I dismantled and cleaned the switch but testing it with a meter showed that something blew in the electronic switching.

I knew it would be an expensive fix. I just didn’t know how expensive. It took months to get a Delta tech to agree to visit. The repair company couldn’t believe that a consumer had a commercial-grade saw in his residential basement. It took a lot of convincing but they said they would come as soon as they got the parts. They never did.  I bought the saw in 2004 and since then Delta had changed hands. Some Chinese company now owned Delta and it had no inventory of parts for my model of saw. That led to a year of trying to find one.

In April, I met a greybeard tool repairman who said that he could probably get the new model’s switch to work. But it would cost me. And it did.

And, no, the perpetrator didn’t make good on his offer to pay for the repair and didn’t clean the shop either. There was some satisfaction though. He was fired from the bar and moved to Miami.

So that’s Rule #1: nobody touches my tools but me. What are the other tool rules? That’s all. You only need that one.