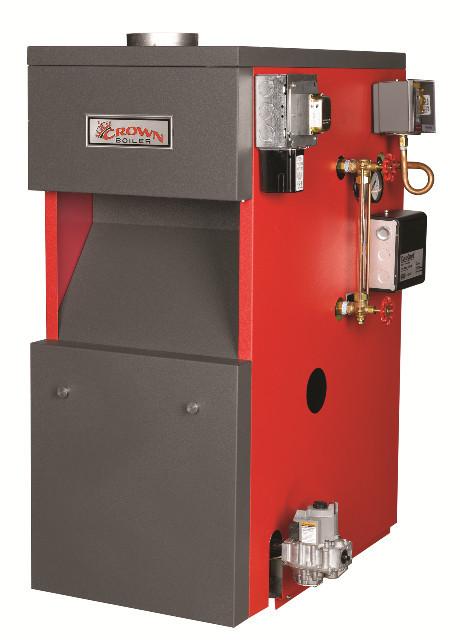 Got three estimates? Get three more.

A couple of weeks ago, I did my annual pre-heating season ritual of flushing my 42 year-old Weil-McLain steam boiler in preparation for the ceremonial relighting of the pilot light. I learned later from a plumber that you shouldn’t flush a cold boiler because the fresh incoming water will leave chemical deposits. It was academic in this case however because the boiler drained dry.

WTF? The low water cutoff (LWCO)/autofeed should have replenished the boiler with fresh water. It didn’t. Granted, the LWCO looks like some sort of World War 2-era device and it had never been serviced since I bought the house so I wasn’t surprised that it had failed. I called the most knowledgeable plumber I knew in the neighborhood. If ever there was a plumbing geek, it’s him. He even collects old boiler doors as a hobby. But he also has a reputation for both being very expensive and very hard-to-get. He even charges for estimates.

True to his rep, it took a week to get him to my place. When he arrived he stared at the boiler and the LWCO for about sixty seconds and said it would cost $1500 to replace the LWCO. But he didn’t recommend it. He pointed me to several areas of rust and some funky insulation on the boiler and said that it probably wouldn’t last the heating season. Furthermore, if he replaced the LWCO it wouldn’t be compatible with any new boiler he would install so I would be throwing away $1500.

He opened a nicely bound, four color catalog of boilers and showed me what I needed: a new boiler. He showed me the price printed next to it: $6558! He could see the blood draining from my face and reminded me that that was the installed price. But I would also need a new autofeed ($700) and $200 to pay an electrician to hook up the existing two-wire BX to the emergency cut-off switch. The numbers kept building to the final cost: $7400! If there are no unexpected problems, that is. Then he handed me a bill for $54.38 for the estimate before leaving me to deal with the same problem I called him about.

We’ll call this plumber Pink Heating, because that was the color of the estimate page he left me with.

However, I didn’t just see the boiler’s price in his catalog. I also memorized the make and model number. And the first thing I did after he left was to Google it.

And there it was on eComfort.com. Retail cost: $2584.95 with free shipping. And it came with an LWCO already so I’m not sure what that additional $700 charge was for.

Pink Heating told me that installation would take one day for a plumber and one helper. Not counting some fittings and whatever pipe and vent supplies he needed, a quick calculation told me that he wanted to make $4815 for one day’s labor! Man, I’ve never even taken a vacation that cost me that much money.

And that’s before considering his trade discount on that boiler! Mama, don’t let your sons grow up to be bankers.

That was clearly unacceptable. My next call was to Roger, the husband of an old friend on Long Island. He’s a master plumber with 30 years’ experience. He had installed this same make of boiler in his sister-in-law’s house. When I told him the estimate, he was stunned. He had seen my boiler the previous year and said that he thought it had at least five years left on it.

Besides telling me to get another heating guy, he told me something else: that my model of LWCO was totally rebuildable. In fact it should be rebuilt every ten years or so because it has internal filters that will get clogged. And that’s probably what my problem was.

In Pink Plumbing’s defense, he said he could rebuild the LWCO too but steered me away from that option because he felt it was likely that the filter had been sucked inside the valve, damaging it beyond repair. Then I’d be liable for the cost of the aborted repair and the installation of the new LWCO. Ka-ching. Ka-ching.

Roger was skeptical of that and said that he would do the job for me for free “in the next few weeks” when he got finished with his current jobs.

Whenever a friend says he’ll do something in the next few weeks, it means that you’re imposing, although when I tell my friends that they usually don’t catch the hint. I thanked him and said that I would find someone.

Based on a friend’s recommendation, I called another plumber. I instantly liked this guy, and not just because he showed up an hour later. He told me flat out that this was “money season” for boiler installations and that he was going to make a nice taste from my installation too, if I used him. He also said that he thought the LWCO was unrepairable and that the boiler might last the heating season if I threw some chicken bones at it. His installed price for everything was $6100, and he told me about a $500 rebate from my gas company which would bring the total OOP price down to $5600 — $1800 less than Pink Plumbing. We’ll call him Blue Plumbing (the receipt color again).

Over the next few days I got two more estimates, from Green and Yellow. Green wanted $7000. Yellow wanted $6300. I didn’t like either one of them personally so Blue looked like he had the gig.

But I decided to get Just One More Estimate. There was a master plumber who hung out on a local forum called Brownstoner with whom I’d had several discussions over the years. I posted my problem and he got back to me a couple of hours later with a “Nonsense. Your LWCO is totally rebuildable. We can do it right off the truck.” He also said that if he thought my boiler was on its last days he would show me why, not just point to random rust.

Two days later, his guy showed up. The kid looked barely 20 years old but he seemed confident and competent. He was also skinny enough to squeeze behind the boiler, fiddle with the LWCO for a minute and… presto… it started working! He said it definitely needed a rebuild but that it looked like it just needed the filter changed. As for the boiler, he didn’t see any obvious issues that meant imminent death. We scheduled the rebuild for a few days later. Total cost: $358. I’ll give the company’s real name because I’m that happy with their honesty and professionalism: Gateway Plumbing. Thanks, John!

While I was getting those estimates I had a chance to exercise my usual “Might as Wells” option. In this case, it was “If i’m going to replace a 70% efficient steam boiler with another 70% steam boiler, this would be a good time to switch over to hot water heat and a 90+% efficient boiler with zoned heating, etc.” Besides the gas savings, it would mean that I could do what I currently can’t with single-pipe steam: heat the basement. And it would be a snap the put a radiator in the master bath too because there’s an old air vent that runs straight to it from the basement.

I chatted with the kid about it and he said it wouldn’t be cheap. High efficiency hot water boilers cost at least 25% more than an equivalent steam boiler and if I want zoned heating there’s the additional cost of the manifold. And, of course, every radiator in the house (seven) would have to be replaced, probably with at least ten, and pipes run to them. He said that a professional installation would easily cost me five figures.

But this is where Roger comes in and, more importantly, flexible Pex tubing. I know exactly how to pipe this with minimal impact to the house. With his plumbing license, he can file the job and size the radiators for me but I can do the work. He’ll inspect and test it.

The Weil-McLean boiler made it through three more heating seasons before it finally expired with a cracked cast iron vessel. Here’s the conclusion to this story.