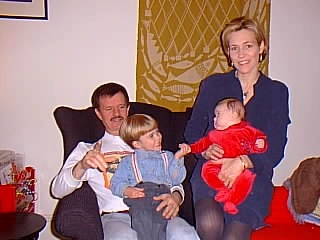 Up The Wankers, Amanda.

Amanda Green passed away at 2am this morning from pancreatic cancer. She was only 49.

I moved to Brooklyn from Manhattan in 1999. In large part, Amanda is the reason I’m here. What more or less brought me to Brooklyn, and what taught me that Brooklyn isn’t “Injun territory”, as so many Manhattanites believe the boros to be, is a Brooklyn Heights restaurant I became a part of in 1993 called La Bouillabaisse. 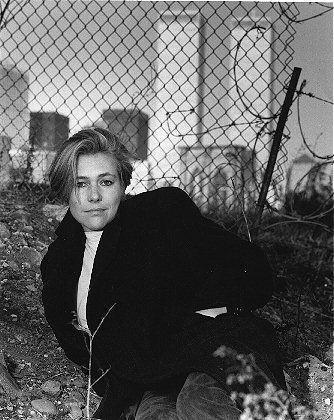 I met Amanda in 1990 at a small birthday party for me at the Oyster Bar. She was a friend of my sister’s and was living in Stratford, CT, where she and her boyfriend sold exotic birds. She was a lively, beautiful and worldy woman but what really attracted me to her was her stinging British wit and that she could appreciate my sarcasm without wincing. We became fast friends.

In her teens and early 20s, Amanda had toured the world as a singer and dancer (the second title always surprised me because she was the clumsiest person I knew). She was trying to lay the groundwork for a relocation to NYC to do her music. Since I’m a former professional bass player, we connected on that vector as well. She always saw me as a musician who would eventually learn the error of my ways and return to playing where I belonged.

I was living in a large loft at Broadway and Bleecker and I had a spare bedroom so I offered it to her. There were no ulterior relationship motivations behind the offer. She was simply more fun to be around than the diminishing number of women I was seeing. In fact, Amanda’s sister had recently died of cancer and after my relationship with my blood sister turned sour we mutually adopted each other.

Amanda was a natural networker. When I came home at the end of the day I never knew if I’d be walking in on an ad hoc dinner party or a pub crawl heading out to the LES or bringing a girl back to a loft full of Brits just off the boat. Amanda was like the unofficial British Embassy.

The one constant was that Friday night, rain or snow, we had our cold saki sloshes at Sharaku or Hasaki on Stuyvesant. That was church. “Excuse me, may I have another saki, please?”… once she started slurring her words to that, we were done for the night, or at least witthin the final two or three rounds. Or four. But not before the ritual of popping walnut sized chunks of wasabi mustard in our respective mouths for the walk home. She loved spicy food. Another point for Amanda.

Amanda was working as a bartender and soon got a job at Square and Compass, the Masonic club on West 23rd Street where she met the head chef, Neil Ganic. Neil and Amanda became involved. I admit that I was a bit jealous of him, not because of their romantic involvement but because she wasn’t around much anymore. The obvious solution to that was to invite Neil to stay at the loft too. Neil was the original wild and crazy Eastern European guy. While he could be over the top at times he had a great heart and fit in nicely. He always suspected that Amanda and I had been more than friends and she enjoyed twisting that knife on occasion to keep him in line. After all, I had home field advantage. But it wasn’t so. I tend to screw up romantic relaitionships and I never wanted to risk that with Amanda and I think vice versa.

One night while Amanda was seeing friends out of town Neil and I went barhopping, which is when we came upon the Guniness-inspired idea of opening our own pub… maybe an Irish bar with great food. Neil had the skills and my Citibank contract provided the cash to finance it. Plus I had the construction know-how. Initially, the idea was to find something downtown in the seaport area but the rents were prohibitive, even in 1993.

I regarded this restaurant idea in the same context as “some day I want to ride my motorcycle across China” so I was surprised by Neil’s news that he’d scrounged a storefront on Atlantic Avenue in Brooklyn from one of the Masons and we had to start on it the next day. It was currently operating as a funky curry house. He wanted to open within two weeks. My first trip to Brooklyn in probably ten years was signing the DBA and partnership papers for La Bouillabaisse at the Brooklyn court house.

Amanda thought we were both nuts however she agreed to help. She walked around the corner to Noho Star and recruited our entire dining room staff over a glass of wine. But she liked her bartender gig and wanted nothing to do with our scheme. After a hellish construction schedule, La Bouillabaisse opened to rave reviews and lines of waiting customers. After we made Top Rated Newcomer in Zagat, it didn’t take much persuasion to get Amanda to agree to become a partner and for me to breathe a huge sigh of relief because running a restaurant wasn’t something I wanted to do. 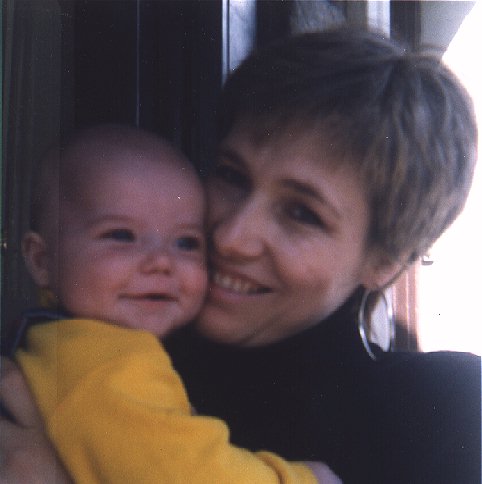 The demands of the restaurant meant that it was only a matter of time before Amanda and Neil would have to move closer to it. In 1994, Amanda got pregnant with NIchiolas and that was that. They rented an apartment in Cobble Hill. The loft felt like an empty cave without her. She adored kids, loved entertaining and loved the attention too, especially a rave review which singled her out as “a cross between Maryanne Faithful and Annie Lennox with big hoop earrings”. She was through the roof the night that that review attracted a visiit from the real Maryanne Faithful with Amanda’s other super hero, Diana Rigg, in tow. They partied like long lost relatives until dawn. I brought every wine and liquor bottle I had in my loft to keep it lubricated.

The rest is pretty much Brooklyn Heights lore. La Bouillabaisse was a legendary hit, they had two beautiful and talented kids, Nicholas and Leila, Neil opened a bunch more restaurants, they split up, Amanda conceived and managed Wine Bar on Henry Street. She was one those people who always landed on her feet by the strength of her iron will, unfailing optimism and amazing people powers.

After I left La Bouillabaisse in ’99 and got buried in this house renovation and life-sucking consulting, I lost touch with most of my friends. But being the networker Amanda is, she always took the initiative to call me at least once a week to see how things were going, even if it was during a quick dash to the subway. That’s just how she was. Once you were “in” with her, you couldn’t get out. During her most recent hospital stay there were parades of people coming to visit her, flying in from as far away as Europe, some of them from Amanda’s primary school years.

Amanda was diagnosed with pancreatic cancer in 2005. After a touch-and-go summer, everybody thought she’d beat it. She was back to her fighting self last fall but the cancer returned with a vengeance this spring and claimed her life today. It’s one of the darkest days of my life.

Amanda was Brit “stiff upper lip” through and through. The absolute last thing she’d want anyone to do is to think of her in sympathetic terms or to be grief-stricken for her. She celebrated life and good times more than anyone I’ve met. So to her I say what she always said to me after we paid the check on saki nights and she lifted her glass for a last toast:

A fund has been set up for contributions in lieu of flowers. Make checks payable to the Amanda C. Green Memorial Fund. The mailing address is: